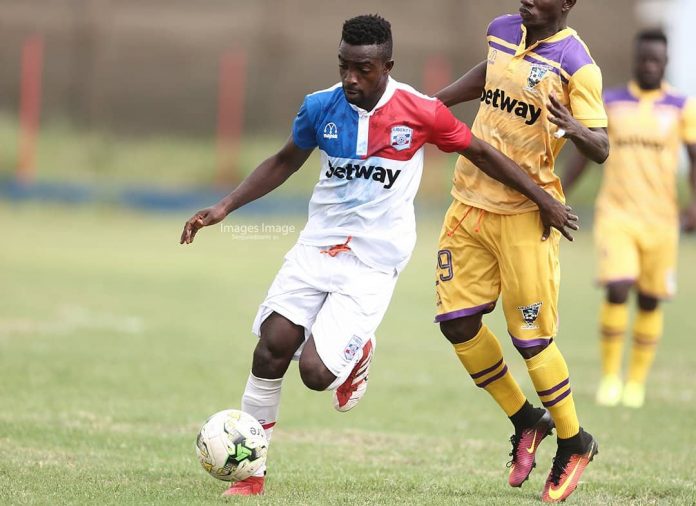 After another fruitful matchday in the top-flight, AshesGyamera.com’s editor-in-chief, takes you through numbers and incidents that occurred in the previous season and likens it today.

The matchday four of the premier league kicked off on Saturday with a double header in Kumasi, something which never happened in the past, while the remaining games proceeded on Sunday.
Last season at this stage, goals were flowing rapidly and fans were singing their favourite players’ praise, while others got severe backlash.

During the 2016-17 season, 20 goals were recorded in matchday four, which was one goal shy of the previous week (21), with Great Olympics recording the highest number of goals (three) against newbies Bolga All Stars.
Please note that, Bolga were declared losers of the game weeks later by the disciplinary committee for failing to pay their officiating fees while in the second-tier before they qualified to the elite division. Therefore, Olympics had three points and three goals.

However, we record 18 goals this season which was a five-goal improvement to the previous week (but note that in week three of 2017-18, only seven games were honoured since Berekum Chelsea vs Elmina Sharks was postponed).

Moreover, in 2016-17 season, there were two away wins as Asante Kotoko went to Obuasi under Zdravko Lugarosic, to silence Ashanti Gold with a 1-0 scoreline and Olympics winning their protest against Bolga.
But no club was able to win away this time around.

Also, there were two away draws in 2016-17 season as Wafa shared the spoils 1-1 with Aduana Stars while, Bechem United also squared it off 1-1 with Chelsea in the Bono derby at the Fosu Gyeabour Park but, no club could pick a point away this term.

Last season, after four games, Aduana were topping the log with ten points with superior goal difference since Kotoko were also having ten but this time around, Ashanti Gold are at the summit under C.K Akonnor, also with ten points with those close to them (Kotoko, Hearts and Wafa having seven points).

At this time last season, Bolga All Stars had no point but it’s completely different case this season, at least, each club has one point.