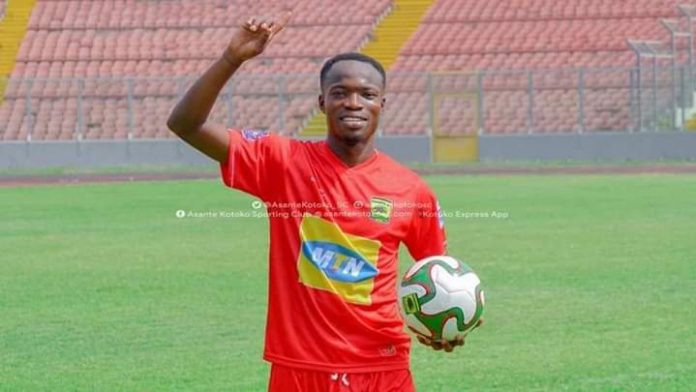 The youngster signed an undisclosed contract on Friday after impressing new coach Maxwell Konadu while having a trial with the club and will be registered for the 2019-20 Ghana Premier League season.

Frimpong, who is also a former player of lower-tier side KFC Samosa, was full of praise to the Kotoko top hierarchy and believes he will make a mark after joining his boyhood club.

“I thank everyone at the club because it is an honour to join Asante Kotoko and I believe things will be well for me in the upcoming season,” he said.

“I want to be a team player and make a mark here so that I can realise my dreams in life. One day, I want to become a national hero,” he added.

Although, Adom has been training with Kotoko for several days at Adako Jachie, it is unlikely that he will feature in the Super Clash when the Porcupine Warriors take on rivals Hearts of Oak in 2019 President Cup at the Baba Yara Sports Stadium in Kumasi on Sunday.