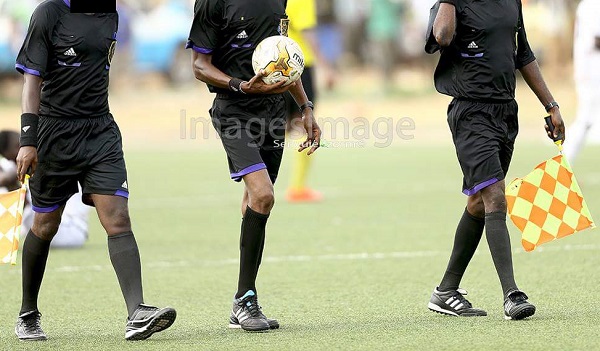 A total of 17 Ghanaian referees and match officials have been contacted by Insight The World Investigates (TWI) – collaborators of ace investigative journalist Anas Aremeyaw Anas to respond to allegations of corruption levelled against them in the yet to be aired #Number12 documentary.

TWI has dispatched confidential and password encrypted letters in PDF format signed by TWI Executive Producer, Ron McCullagh to the 17 match officials (names withheld). Out of the 17, only one – Assitant Referee Kennedy Bentil – has confirmed being captured on tape by Anas.

In an interview with ATL FM, Referee Bentil admitted being one of the ‘culprits’ of the Anas #Number12 exposé.

“It is true that Bentil is one of the Anas video culprits,” Boateng an assistant referee (linesman) admitted in the interview.

However, he declined to comment on the circumstances that led to him being captured by the sting, maintaining that he has always been very objective in his duties as an assistant referee.

“I don’t want to talk on air”, he insisted, adding that attempts to defend himself will make him look even worse in the eyes of the public.

Graphic Online understands that TWI made contact with the referees through the RAG which informed the body that the allegations were part of a documentary for the BBC World Service Series titled: Africa Eye – about investigations carried out by Anas Aremeyaw Anas.

The letter invites responses from the individuals who it says have been named in the expose, describing it as vital “that they receive the letters as fast as humanly possible”.

The much-anticipated documentary, titled “Number 12,” is said to have captured the fixing of several games in the GPL over the course of two seasons.

The instances of match-fixing are said to include the exchange of monies to pre-determine the scores of games as well as crucial incidents in games.

It features collusion among the match fixers and referees, club administrators and GFA officials.

The eagerly anticipated documentary will show at the Accra International Conference Center on June 6-7, 2018. There will be four(4) screenings each day: 3pm, 5pm, 8pm & 10pm.

The video will also be shown at the new GCB Auditorium at the Kwame Nkrumah University of Science and Technology (KNUST) in Kumasi on June 9 and 10, 2018.

The people of Tamale will have their turn to watch the video at Radach Hotel on June 13, 2018, while those in Takoradi will have the opportunity at Akroma Plaza on June 16, 2018.