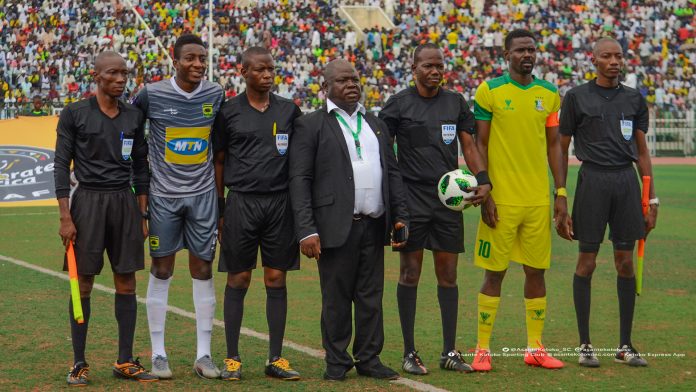 Kano Pillars captain Rabiu Ali has promised that they would definelty score goals at the Baba Yara Sports Stadium to eliminate Asante Kotoko from the Caf Champions League.

Despite the 3-2 victory for Pillars in the first leg a fortnight ago in Nigeria, the contest, however, is still wide open for both teams. Kotoko only need to at least record a 1-0 victory to progress to the next stage.

“We never expected Asante Kotoko to score two goals in Kano during the first leg but they did,” Rabiu told Fox FM.

“They should also know that what happened in Kano will repeat itself in Kumasi. We will also score in Kumasi and eliminate them from the competition,” he added.

Kotoko will be without midfielders Augustine Okrah and Jordan Opoku following the club’s inability to complete their registration while Songne Yacouba is likely to be dropped since he is yet to join the first team at training.

The winner after the two legs will square it off with Etoile du Sahel next month for a place in the group stage.