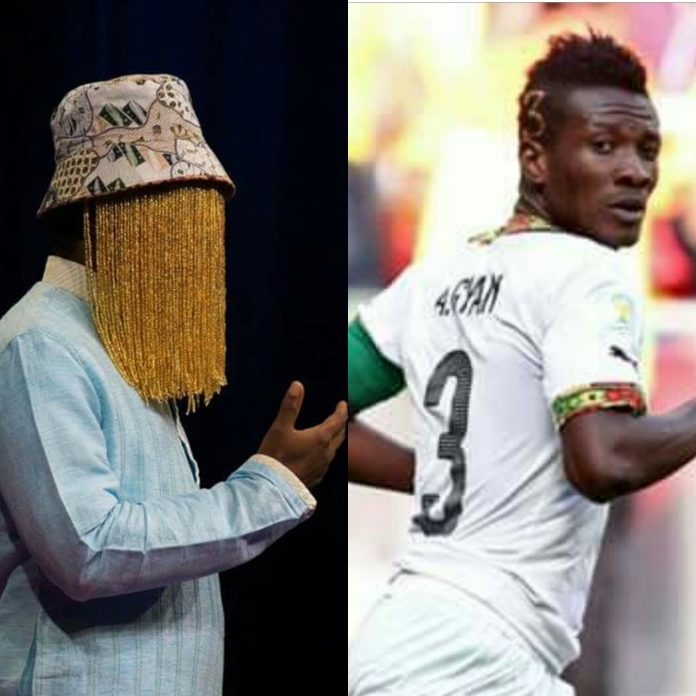 Ghana captain Asamoah Gyan has revealed his desire to watch Anas Aremeyaw Anas’ much-awaited documentary about corruption within football and politics in the country.

The ace investigate journalist has on numerous occasions admitted that his recent work which will be premiered on June 6 in Accra, is solely about football and politics, emphasizing that those found captured can never recover from the damage that it will cause.

No names have been mentioned so far but a section of Ghanaians have started pointing accusing fingers on some high-ranking people at the Football Association and even suggesting that many of them have resorted to fleeing the country to Europe to avoid arrest, but the FA president Kwesi Nyantakyi has vehemently denied such suggestions.

In spite of all the rumours about ‘Number 12, Gyan who previously played in the Ghana Premier League before leaving to Italy for greener pastures, insists he is yet to come across any corrupt practices in the game despite even becoming the captain of the national team.

“As the captain of the Black Stars, I’m interested in the video and will make time time to watch it if only I’m in Ghana. I will be very shocked if it comes out clear that there is corruption in our game (Ghana football),” Gyan told Hot FM.

“This is because throughout my career I have not come across such an issue till date so we’re all waiting,” he added.

According to AshesGyamera‘s sources, although some people have tried to push their way through to have a portion of the impending video edited so that they can be spared, all actions have ended fruitless including the use of top religious leaders.