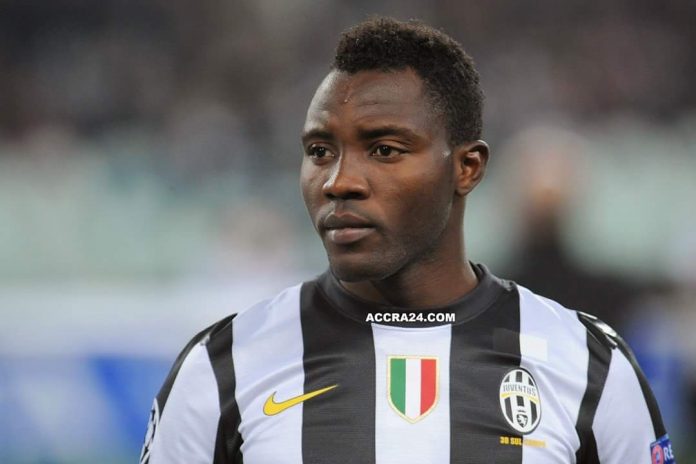 Juventus defender Kwadwo Asamoah has vehemently denied reports that he has had a successful medical with rival Inter Milan ahead of a possible three-year deal worth £3.2 million per season.

The 29-year-old is expected to become a free agent next week following the expiration of his contract but where he will be leaving to next season hasn’t been certain until reports suggested on Tuesday that he was in the city of Milan to complete a move.

However, the Ghanaian who joined Juve from Udinese in 2012 and has gone on to make 115 appearances says he hasn’t met any officials of Inter for his medical.

“I am still a Juventus player as a speak and have not undergone any medical with Inter Milan or any club with regards to a possible transfer,” Asamoah told Atinka FM.

“As I’m talking to you now I’m currently at home in Turin and not Milan as speculated so I don’t know where such false news are emanating from,” he added.

Asamoah further expressed his delight after winning the Serie A and admitted that Napoli gave them a run for their money.

“The Italian Serie A is very competitive league in Europe. In the just-concluded season, Napoli gave us a tough time but we had quality that helped us to win the title in the end,” he said.

AshesGyamera understands that Chelsea, West Ham United and Everton have expressed interest in the services of the former Liberty Professionals star aside Inter.