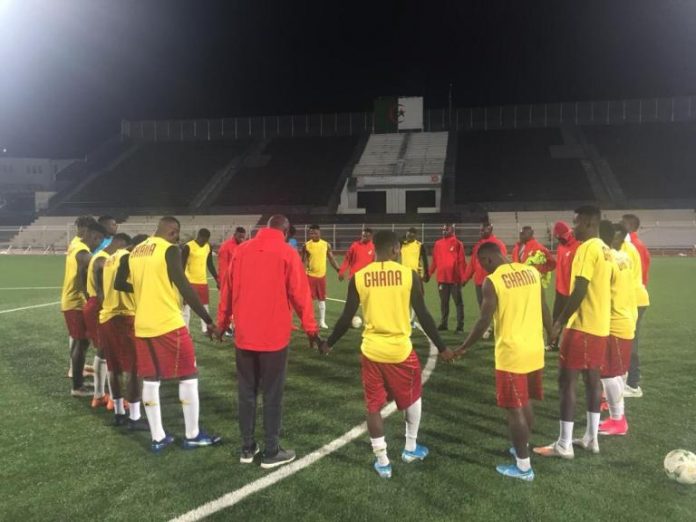 Ghana U23 side will face Algeria in the second leg of the 2020 Olympic Games qualifier in Setif with limited players.

After sharing the spoils 1-1 in the first leg in Accra last week, coach Ibrahim Tanko travelled to Setif with only 18 players due to financial constraints.

However, his troubles have compounded as former Wafa midfielder Majeed Ashimeru has been ruled out of the game at the eleventh hour due to accumulated yellow cards, while defender Zakaria Mumuni is not fit to make an appearance after collapsing at training ground on Monday.

Moreover, midfielder Osman Bukari would have to pass a late fitness test ahead of the game before he can be named among the match-day squad after falling ill in camp leaving 13 outfield players and two goalkeepers for the showdown.