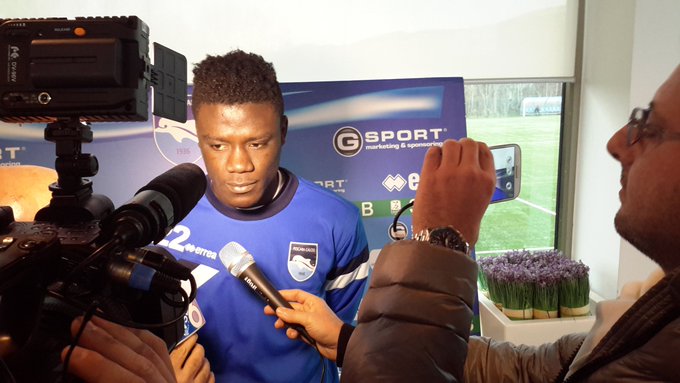 Ghana midfielder Ransford Selasi has completed a season-long loan deal to Serie A champions Juventus from Pescara, AshesGyamera.com can confirm.

The 23-year-old who was born in Obuasi has joined Stephen Appiah and Kwadwo Asamoah as the few Ghanaians to don the jersey of the Italian giants.

Selasi will be mainly featuring for Juventus’ U23 side who are currently playing in Italy’s third-tier (Liga Pro) competition but could gatecrash into the first team and play alongside Ronaldo, Dybala and Higuian if his performance catches the eye of head coach Maurizio Sarri.

Last season, Selasi played for Liga Pro side Alma Juventus Fano 1906 on loan. He scored one goal in 24 games.

Selasi has promised to put up a good performance as he is hoping to get a place in the senior national team of Ghana under Kwesi Appiah.