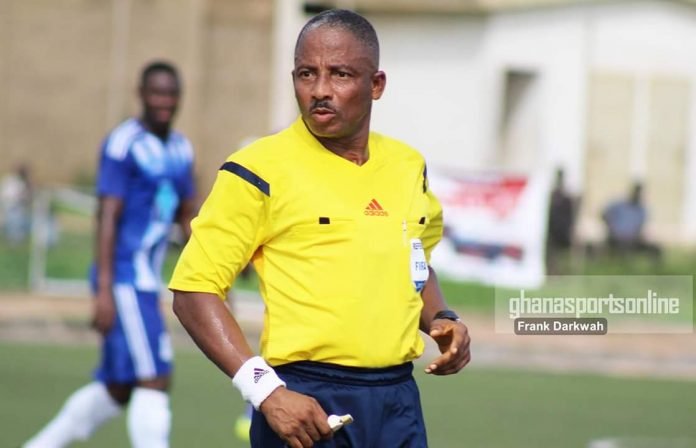 The 41-year-old cautioned Sharks’ striker Felix Addo but recorded that it was rather Joseph Amoah, making the latter ineligible in the subsequent games. Olympics capitalised on that situation to delay the start of the 2017-18 since they placed two court injunctions on it after their protests were thrown out

“I have been very honest in the issue at hand. Let’s be honest in our dealings in this world since it could take you even a year to to realize you have made a mistake,” Lathbridge told Sammer during Angel FM’s First half show.

“To err is human . I made a mistake and after I realised that it was creating problem in the football cycles, I have asked for forgiveness from God yet I have been punished with a lifetime ban.

“I’m unperturbed because from now onwards, I will walk as a free man for telling the truth. When was the last time I was banned or suspension for an error so this clearly tells the world that it was not intentional.”

He added: “If it is possible for a doctor to operate a patient and leave a scissor or another material in his tommy and later realise what he has done, why can’t I also do the same even it is a year or two?”

AshesGyamera understands that the referee will likely appeal the decision since he has only four years to retire.