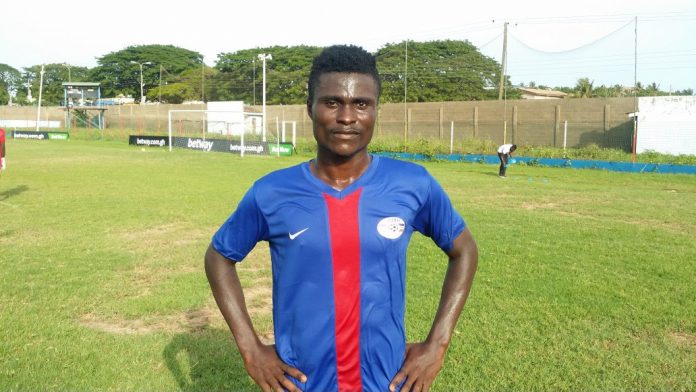 Asante Kotoko former defender Edwin Tuffour Frimpong has signed for Liberty Professionals until the end of the season, both clubs have confirmed.

The 27-year-old joined Kotoko in 2015 with a lot of prospects but failed to overly impress, especially, under current coach Paa Kwesi Fabin.

He was subsequently released a fortnight ago alongside Sadick Adams, Frank Sarfo Gyamfi, Eric Donkor, Baba Mahama and Seth Opare.

And he has returned to a ground where his career began. Liberty currently struggling to find their feet in the top-flight, Tuffour is expected to help in bringing stability in their defensive setup.

“Great to back after three years. I believe things can improve if only I’m serious regardless what has happened,” he said.