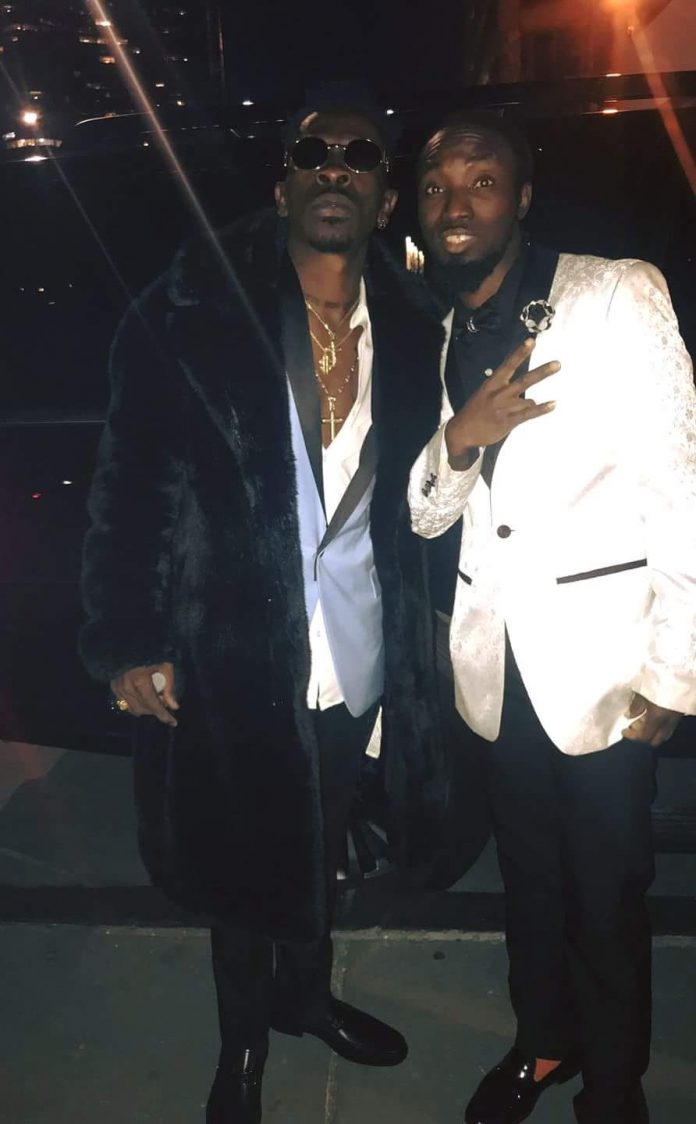 A BhimNation member Kofi Ansah popularly known in Sunyani as Ananse, who currently resides in America, made time of his schedule just to throw his support behind Shatta Movement boss Shatta Wale during the just-concluded 2018 International Reggae & World Music Awards (IRAWMA) held in Florida.

Shatta Wale was honoured for his outstanding contributions to Reggae in Ghana, Africa and at the global level recently, paving ways for other artists to get inspired and push reggae music.

Although, Ananse is always on Facebook trolling Shatta Wale, he admitted after the program that he likes the dancehall guru and even came because he wanted to support his own despite being in the opponents camp.

Shatta Wale who was adjudged the best African entertainer/artist by IRAWMA in 2016, went to United States with Pope Skinny and they are expected to shoot a new music video which also happens to be his first under Zylofon Music label, before returning to Ghana early next month.

Shatta has been nominated for the 2018 Ghana Music Awards artist of the year after dropping hit after hit in 2017 including Ayoo, Takin Over, Mayaatra, Umbrella, Dem Confuse and Forgetti as well as mounting lots of high-profile stages