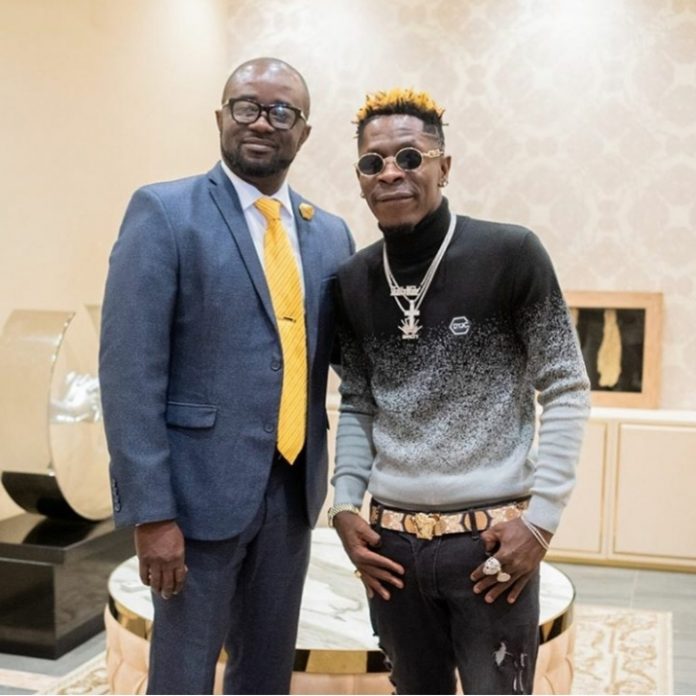 Shatta Movement lord Shatta Wale was spotted in a meeting with new Ghana Football Association president Kurt Okraku on Friday deliberating on  how to use music and football to move Ghana forward.

Okraku, who himself is a dye in the wool member of the Shatta Movement empire and was even seen several videos jamming to songs of Shatta Wale before the FA general elections is looking around all spheres of life to have a successful reign.

And one of the numerous pointers is using popular brands including musicians to win back the love Ghanaians once had for football and the Black Stars.

“It’s a dawn of a new beginning for Ghana football! I had a great time with the newly elected GFA President, Kurt E.S Okraku, discussing how to empower the youth and move Ghana football to the next level!” Shatta Wale posted on Instagram.

Okraku, who defeated George Afriyie to become the new FA boss, is expected to restore the battered image football has suffered in recent months following the evidence of corruption shown to the world by investigative journalist Anas Aremeyaw Anas.

The exposè led to the indefinite ban on former president Kwesi Nyantakyi and numerous referees.