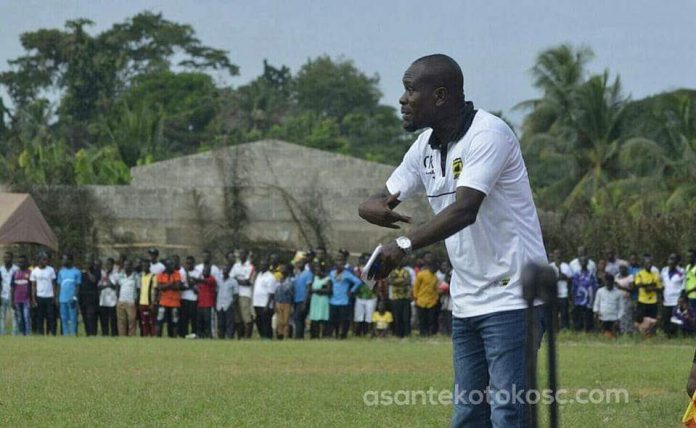 Exactly a year ago today, Asante Kotoko surprisingly sacked their coach Charles Kwablah Akonnor after barely a year in charge of the club.

The former Ghana captain had had an incredible  time with the Kumasi-based club since he guided them to the group stages of 2018 Caf Confederation Cup and won the Normalisation Committee Tier One Cup.

However, he was reassigned to become the ‘non-existing’ technical director of the club in Kotoko’s attempt to avoid punishment.

Akonnor later confirmed his exit and said: Yes, it’s true I am no more the coach of Kotoko. I have been asked to step aside but to take over as technical director. I can’t comment any further”

Following his exit, Kjetil Zachariasen was brought on board to fill the vacant position but he couldn’t live up to expectations as Kotoko failed to even replicate the feat the club achieved under Akonnor as they were bundled out of Caf Champions League and Confederation Cup respectively.

Today, Akonnor has been appointedas the head coach of Ghana after Kwasi Appiah’s contract was not renewed by Kurt Okraku’s led Ghana FA. He has been tasked to win 2022 Africa Cup of Nations since the country is without a major trophy after winning the 1982 edition, as well as qualify to 2022 Fifa World Cup to be staged in Qatar.

Kotoko, on the other hand , are currently managed by Maxwell Konadu, who made a return to the club after six years.