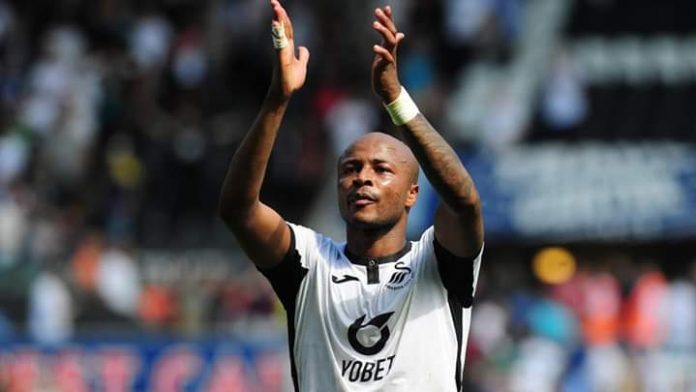 The 30-year-old scored his fourteenth goal of the season as Steve Cooper’s men continue to push for a place in playoff in their bid to qualify to the Premier League next season.

After a pulsating first half which ended goalless, and the hosts having only three touches in Sheffield’s penalty area, Ryan Brewster gave Swansea the lead by the 52nd minute with a nice finish.

Ayew then stepped up to slot in a penalty after Roberts was brought down by Adam Reach six minute after the hour mark to further improve his personal goal scoring record in a season.

Deep in additional time, substitute Nuhiu headed in a cross to reduce the deficit for the visitors but it was too little too late as Swansea held on to record a win.

Swansea, who will travel to St. Andrew’s Park to face Birmingham City in midweek, are currently four points behind arch rivals Cardiff City who occupy the last slot for play off.