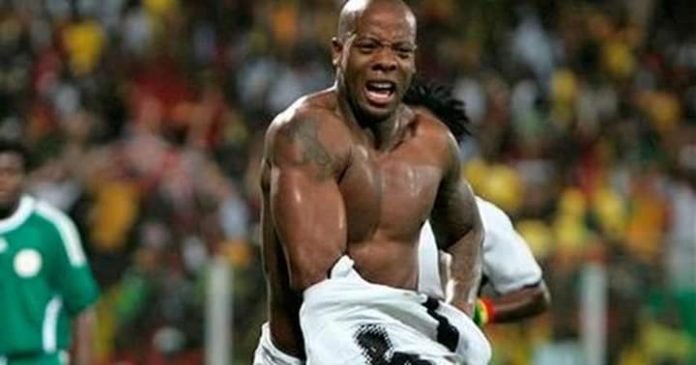 The 40-year-old who suffered stroke in 2015 and has been battling the illness since was rushed to the hospital several days ago but could not survive amid the interventions of the doctors.

Agogo, who had stints with Championship side Nottingham Forest and Egyptian giants Zamalek was best remembered for his role during the 2008 Africa Cup of Nations where Ghana clinched bronze.

He was usually partnered in the Black Stars’ striking department with Asamoah Gyan and even assisted the latter in his first ever goal at the Afcon in a 2-1 victory over Guinea.

Details of his funeral arrangements will be announced later.