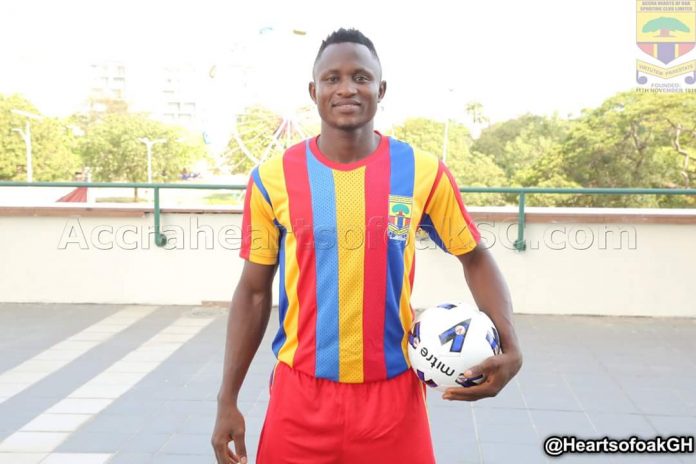 Hearts of Oak striker Joseph Esso has been voted as the club’s most outstanding performer in the Ghana Premier League for the month of March.

The youngster who joined the Phobians from Ebusua Dwarfs in the January transfer window, won a penalty on his debut against Techiman Eleven Wonders, which helped the club to pick a vital away point on opening day of the season at the Nana Ameyaw Park.

He also netted twice including a stunning goal against table toppers Ashanti Gold despite Hearts ending the game as losers.

He amassed an incredible 64 per cent of the total votes casted by the supporters on social media (Twitter) while Akowuah and Agyare picked 25 per cent and six per cent respectively, with Kordie completing the list with five per cent.

Esso’s goal against Ashanti Gold was also voted the club’s best goal of the Month by the supporters, making it two awards.