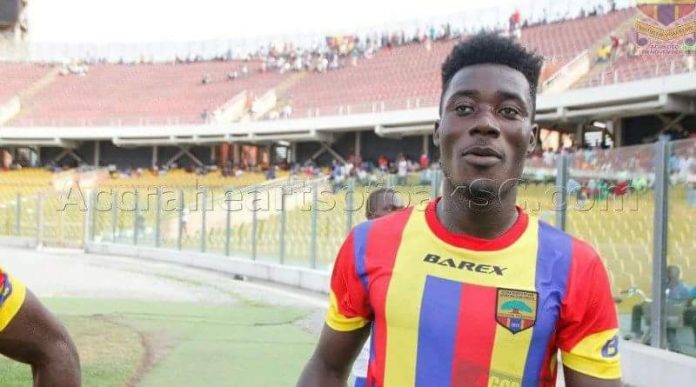 The 26-year-old was adjudged the most valuable player of the year under review in the oldest cup competition in the country, following his exploits with the Phobians

Hearts of Oak midfielder Winful Cobbinah has been adjudged the best player of the 2016-17 Ghana FA Cup campaign despite his side’s inability to lift the trophy during an awards ceremony held on Thursday at the M Plaza Hotel in Accra.

Meanwhile, former Kotoko coach Steve Polack who was sacked after the club’s failure to progress in The Caf Confederation Cup was named the best manager of the season while Sadick picked the goal king together with Raphael Ocloo of Okyeman Planners.

Best Player of the Year

Coach of the Year

Defender of the Year

Goal of the Year

Most Promising player of the Year

Topscorers of the season

Fair Play Team of the Year

Supporters Group of the Year

Referee of the Year

Assistant referee of the Year

Match Commissioner of the Year