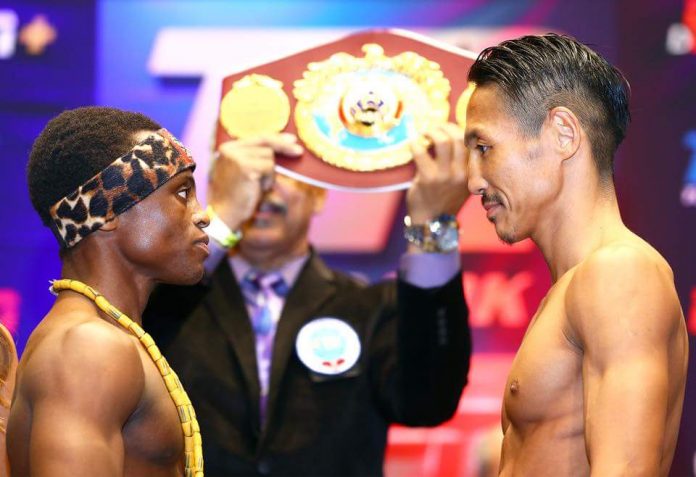 The Accra-born was impressive from the start, threw some fine punches and finally put Otake down for the first time in just the second minute with a strong left hook.

Although, the Japanese got up and showed some resilience by fighting back, he couldn’t hold on for long, as he fell just 20 seconds later, after another strong punch from Dogboe landed straight into his face.

Despite the fact that Otake wanted to, at least, see the end of the first round, the referee brought down the curtains to prevent the Japanese veteran from taking further punishment.

Following the victory, Dogboe, who is only 23 years old, has a record of 20-0 wins with 13 of those wins coming via Knockouts.

On the other hand, Otake’s records stand as 13 fights, three wins and three draws. However, this is the first time the Japanese has stopped or being knocked out in his career and it is very interesting that it was even in the first round.

Dogboe is expected back in the country this week and a hero’s welcome will be given to him at the Kotoka International Airport in Accra.