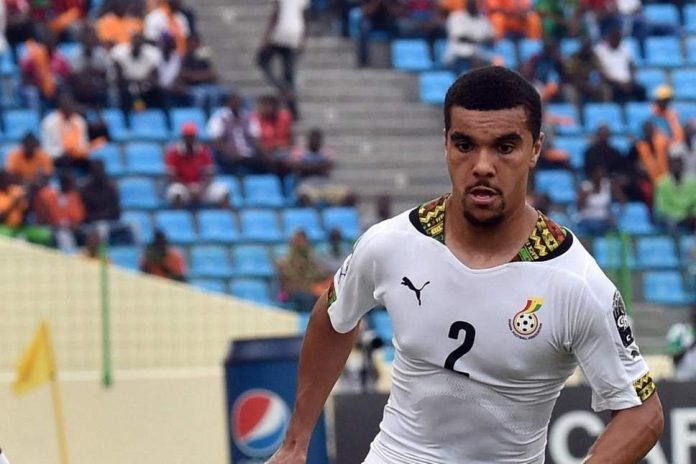 Exclusive: The Dons striker is confident to prove his worth after being handed another opportunity for the upcoming qualifier against Harambees Stars

Ghana striker Kwasi Appiah has insisted that he deserves his place in the Black Stars squad for the upcoming Africa Cup if Nations qualifier against Kenya on March 23 at the Accra Sports Stadium.

A 24-man squad was released on Monday by coach Kwesi Appiah included several new faces like Kotoko duo of Amos Frimpong and Kwame Bonsu and the AFC Wimbledon forward’s fine form especially in the FA Cup did not go unnoticed.

Appiah scored two goals -including one against West Ham – as his side reached the fourth round of the competition for the first time in their history.

“I deserve this opportunity. They [Ghanaians] should expect to see hunger and passion to do well for the team and country,” Appiah told AshesGyamera.com

“This is a great opportunity Which I have been working towards for some time now. So I will show my worth to the team and hopefully build towards another Afcon tournament.”

After missing Wimbledon’s last three games due to injury concerns, Appiah has declared himself fit.

“My injuries are healed and I am training. I’m currently fit for the task ahead,” he said.

Appiah is likely to be named in Wimbledon’s squad to face Peterborough in the League Two fixture on Tuesday night as they aim at avoiding the drop with a home win.

He was part of the Black Stars squad that reached the final of the Afcon in 2015 under Avram Grant.