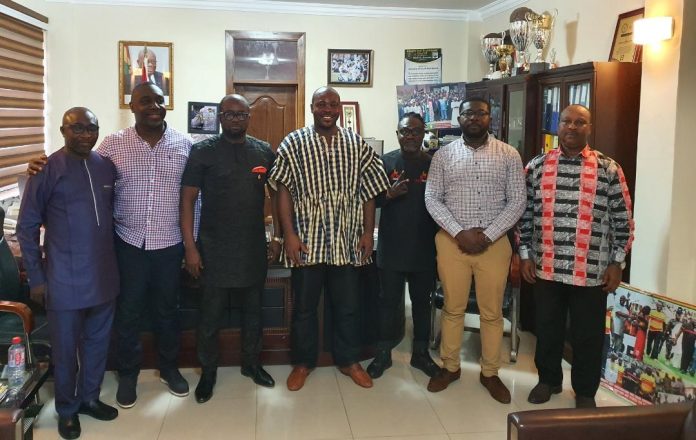 The much-publicized game between Asante Kotoko and Hearts of Oak will take place in London next month following a successful meeting between organisers, Ghana FA and Ministry of Youth and Sports on Friday.

Initial reports suggested that the Youth and Sports ministry’s top hierarchy were bent on cancelling the game since due processes were not followed before it was announced to the general public but everything is currently under control as parties involved reached a consensus at a roundtable later.

“The Ghana Football Association has granted the request of HRH Sports Consultancy Ltd. to organise a special Independence Anniversary commemorative match between Asante Kotoko and Accra Hearts of Oak in London,” a GFA statement read.

“The special Independence commemorative match will take place in London on March 7, 2020.

“In sanctioning the match, the GFA took into consideration letters from both Asante Kotoko and Accra Hearts of Oak indicating their acceptance to honour the match, as well as their plans to leave Ghana on March 4, 2020 and return to Ghana on March 8, 2020 to continue with the Ghana Premier League.”

“The GFA, due to the national nature of the match in commemorating Ghana’s 63rd Independence Anniversary, took into consideration the blessing of the Ministry of Youth and Sports before granting the approval.

“At a meeting held today at the Ministry of Youth and Sports, the Minister gave guidance for the successful organisation of the match to project Ghana Football to the rest of the world.