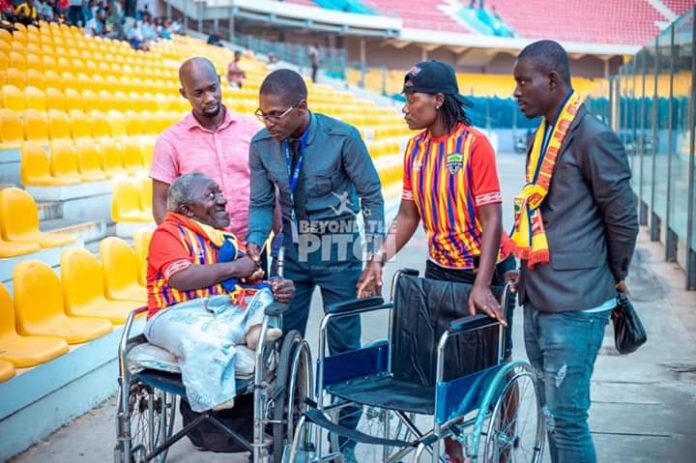 Hearts of Oak supporters have donated a brand new wheelchair to Mr. Abbey, the man who got a signed Hearts of Oak original jersey from midfielder Emmanuel Romero Jnr Nettey this week.

Following that kind gesture, Hearts fans, including journalist Felix Romark led a campaign to raise funds for the well being of the physically challenged supporter and have been able to hand over a new wheelchair to him in order to help his movement especially on matchdays.

It is widely believed that Abbey who is in his seventies, has been to the club’s home games in the last three to four decades despite his unfortunate situation.

According to reports, other supporters are planning to help him financially by supporting his daily upkeep for his extraordinary love for the club even when results are not going their favour.