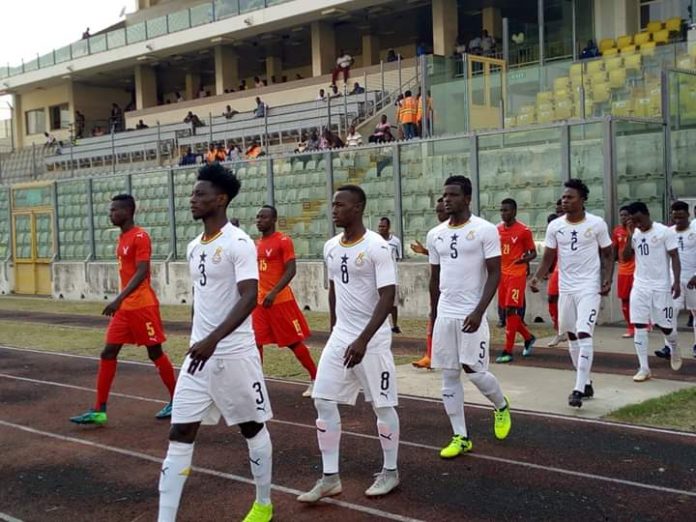 Ghana defeated Togo 5-1 in the first leg of the 2019 Africa U-23 Cup of Nations qualifiers at the Baba Yara Sports Stadium on Tuesday.

Kwabena Owusu, who signed a five-year deal with La Liga side Club Derportivo Leganes from Ghanaian lower division side Sporting Club Accra last year, netted three times in the second half to add salt to the visitors’ injury.

Owusu opened the scoring in the 19th minute but Klidje Thibault equalized for the visitors by the 33rd minute against the run of play.

After the break, Black Meteors were awarded a penalty but former Asokwa Deportivo striker Joel Fameyeh fluffed the opportunity to restore Ghana’s lead.

Osman Bukari, however, shot coach Ibrahim Tanko’s men in front by the 63rd minute, before Owusu added two goals within two minutes and Yakubu capped a wonderful game with a nice goal.

Ghana, who failed to qualify for the last edition, will travel to Lome for the return fixture and. The winner over the two legs will face Gabon in the penultimate round for the qualification slot.