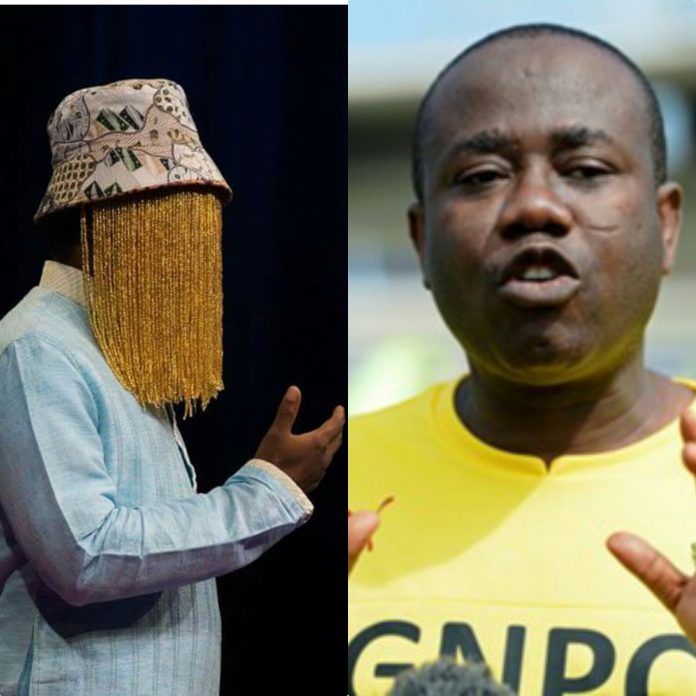 The football association insists that although they’ve not watched the video, they are ready to take action

Ghana Football Association have issued a statement saying that they will punish everyone caught in the latest exposè by ace investigative journalist Anas Aremeyaw Anas in his work which he collaborated with BBC.

Aired in Accra on June 6, it was revealed that the football association president Kwesi Nyantakyi took a bribe of $65,000 to lead an unknown businessmen to the Ghana president Akufo-Addo in order to start an oil business.

Again, several executive committee members of the country’s football association were caught on cameras accepting bribe in order to influence decisions involving players, while some Fifa and class 1 referees also accepted bribes ahead of games to fix the results.

“The Ghana Football Association (GFA)’s attention has been drawn to the airing of a documentary by Tiger Eye PI alleging acts of corruption by some match officials and senior officials of the federation,” the statement said.

“Though, the GFA did not commission Tiger Eye PI to undertake this exercise and have not been provided with the opportunity of watching the documentary, we view the allegations circulating in the media very seriously and would wish to take immediate steps to address them.”

“To this end we believe its only fair and proper that Tiger Eye furnishes us with the said documentary and hereby request Tiger Eye as a matter of urgency to furnish us with all the recorded material on this documentary to enable us forward it to the appropriate quarters for further investigations.

The statement added: “The GFA wishes to place on record that, there will be no attempt of a cover-up or shield any of our members caught in alleged acts of corruption. The GFA wishes to assure all that as an institution it does not condone any manner of corrupt practices.

“The action we took was in furtherance of the GFA’s desire to fight against match manipulation and maintain the integrity of our game and federation. We received a full FIFA response few days later, with an action plan on how we can fight the menace of match manipulation through a roadmap for the implementation of the national integrity initiative.

We are still working with FIFA Integrity Department to find the appropriate dates for the action to help educate our members on the dangers of this menace. The GFA will subsequently be undertaking a holistic review and continue with our reforms geared towards the enhancement of its operations in dealing with alleged acts of corruption in the game.

We urge the football fraternity to remain calm and provide us with all the support we need as we bid to restore confidence and trust in our beautiful game. We ask anyone with information about these allegations to get in touch with us through: [email protected],” the statement concluded.

According to AshesGyamera‘s sources, Kwesi Nyantakyi has been advised by top politicians and football gurus to honourably resigned from his role as GFA boss.