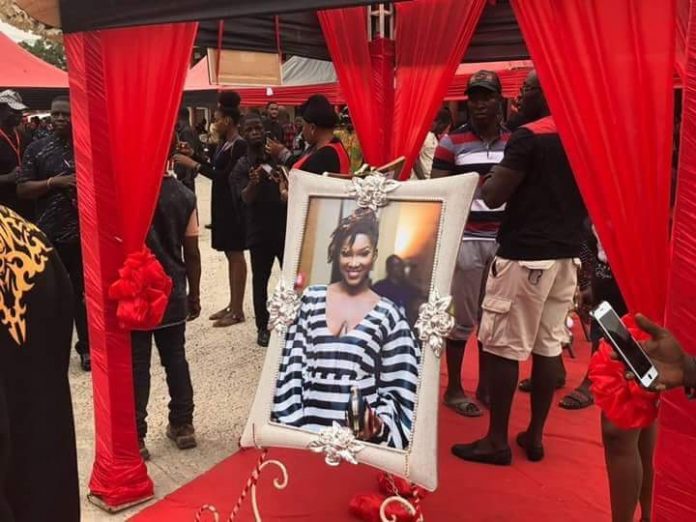 Mr Nana Poku Kwarteng, father of demised dancehall diva Ebony Reigns, has revealed that the final funeral rites for her daughter may not take place at the State house as earlir stated.

During the one week celebration of the 20-year-old last month, the venue was announced to the media but Mr.Kwarteng admitted that he didn’t do enough background checks about the venue since it has been be revealed that it was was already booked by the Canadian High Commission several weeks before.

“The venue is the challenge. We earlier had the indication that we could hold it there but as it stands, it’s a little dicey. The Canadian High Commission has an event at the Forecourt of the State House on the very day. It had been booked way back. The Black Star Square had also been booked by Aglow International,” Ebony’s father told Peace FM.

“I announced the venue but maybe my homework was not well done or something. Let’s hold on. We are meeting the Chief of Staff on Monday to finalize issues. After that, we will brief the country about the development,” he added.

Ebony met her untimely death last month at Nsuta near Bechem when she was returning from a visit to her mother in Sunyani. She died with her friend Franky Kuri as well as as a soldier who was later identified as her personal security.

She has been nominated for the 2018 Ghana Music Awards alongside Shatta Wale, Sarkodie, Joe Mettle and Stonebwoy, after releasing Kupe, Maame Hw3, Sponsor and Date your father.