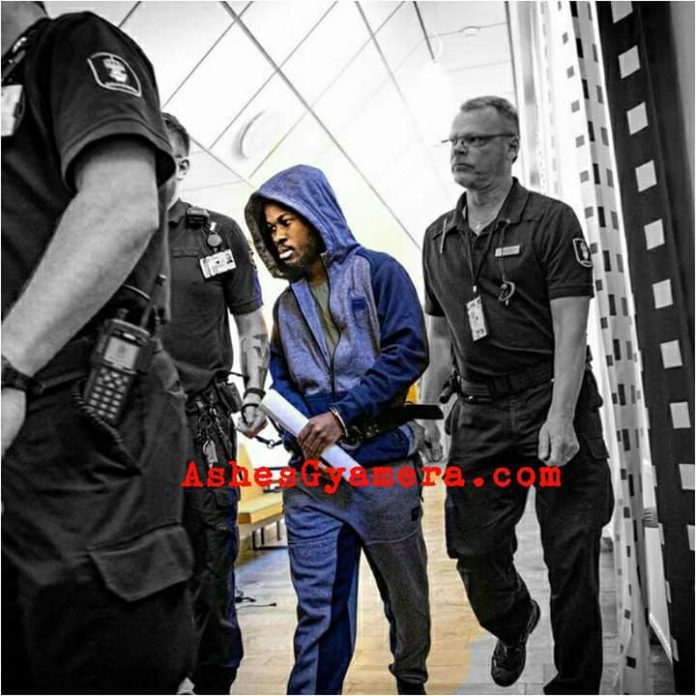 Ghana international Kingsley Sarfo has been officially released from prison in Sweden on Friday, AshesGyamera.com can exclusively confirm.

The 24-year-old was sentenced to a 32-month jail term by Malmo district court in 2018 on two counts – rape and driving under the influence of alcohol and without license – but he is now a free man following a new ruling.

According to AshesGyamera.com’s sources, the young lady who reported Sarfo to the court forged her documents to aid her travel to Sweden and reduced her age in the process making her underage.

Our sources have further revealed that Sarfo may be compensated and allowed to join any club of his wish unlike the initial ten-year ban handed him which meant he should be deported to Ghana.

Sarfo was set to be freed last week but upon further investigations, he was kept in police custody away from his original prison cell to finalise every documentation. He was allowed to go home to his family for the first time since the unfortunate incident happened.

Sarfo moved from Ghana to Europe from Golden Boot Academy in 2013 and began his professional journey FC Rosengard in Sweden before later joining BW 90 after a failed move to Mjallby. He later signed for Sirius before securing a bumper deal to giants Malmo FF.

He made his senior national team debut against Uganda in the 2018 Fifa World Cup qualifiers and was regarded as one of the most promising players to represent the country at the 2019 Africa Cup of Nations held in Egypt.