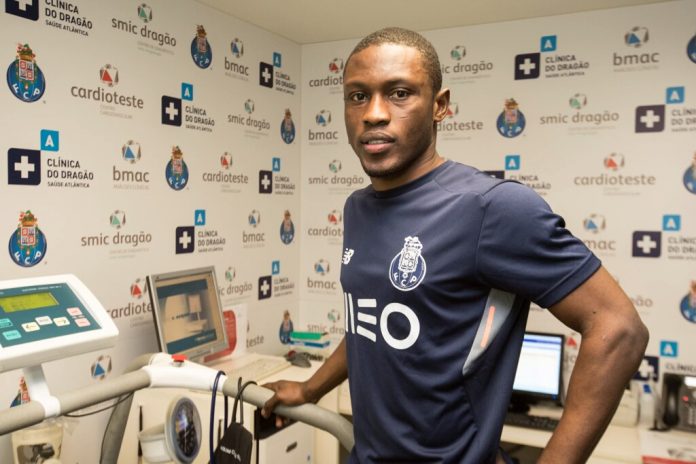 Abdul Majeed Waris has revealed that countrymen Christian Atsu and Daniel Opare who previously featured for FC Porto advised him to join the club, amid several offers on his table.

The 26-year-old signed a season-long contract with the Dragons with an option of making the deal permanent which will cost the Estadio Dragao side £6 million.

“I’m not here for personal glory. I am very happy and ready to give everything I have so that the club can succeed and win trophies,” Waris told Porto Canal.

“It is probably the club in which my dreams can come true, to play in a top league and in the Uefa Champions League. I talked to some friends, Christian Atsu and Opare, who had been here before. They helped me decide to come here,” he added.

Waris praised Aboubakar, Marega and Brahimi and believes he will team up with them easily upfront since they have have similar qualities.

“They are fantastic players, they pretty much score all the time. I am also here to help the team score more goals and win. We can probably score a few more goals together. That is the most important thing, not who scores, but that we do it together.

“I think I can match well with them, because they have an offensive mentality, which I also have. It’s a matter of understanding each other and working together”.