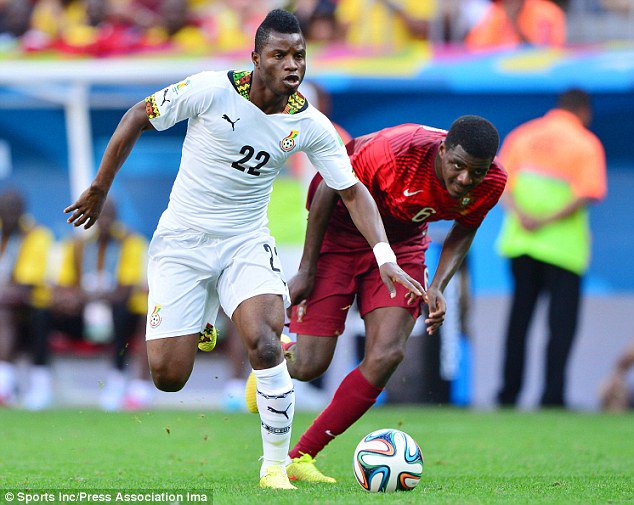 Ghana and Deportivo Alaves midfielder Wakaso Mubarak has been involved in a car accident on Sunday Morning, AshesGyamera can confirm.

The 28-year-old was on his way back to Ghana for the 2019 Africa Cup of Nations qualifying double header against Sierra Leone on October 11 and October 14 but had his car being hit by another.

Although, checks have confirmed that he didn’t sustain any serious injuries, the former Villarreal player was rushed for a first aid before other medical checks were ran.

“Deportivo Alavés player Wakaso Mubarak has had a slight car accident this morning but he is in a perfect condition,” a club statement read.

“The incident occurred this morning on a stretch of the AP-68 motorway when the player was heading to the Loiu airport to travel to Ghana and join the national team.”

“Wakaso has resumed his way to the airport normally minutes later,” the statement added.

Wakaso was in action on Saturday when Deportivo Alaves defeated Real Madrid 1-0 in La Liga thanks to Manu Garcia’s late strike. He lasted 74 minutes and was shown a yellow following a rush tackle on an opponent.