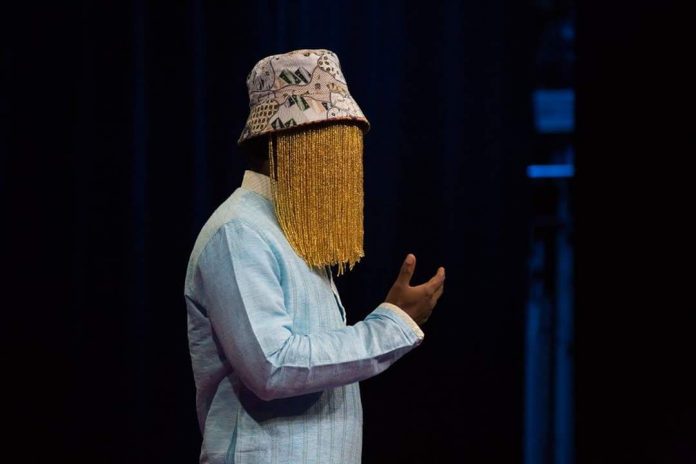 Renowned Ghanaian investigative journalist Anas Aremeyaw Anas has revealed that throughout his career, his latest work which is expected to be released on June 6 and 7, is one of the most challenging assignments ever carried out by himself and the Tiger Eye crew.

The faceless journalist, who in recent years, has opened the lid on several corrupt and illegal practices going on in the country and across the African continent, is about to premiere his latest work ‘when misconduct and greed become the norm’ targeted at sports and politics in Ghana, according to AshesGyamera‘s sources.

Speaking at 2018 World Press Freedom day’s parallel session on investigative journalism in Accra, on Thursday, Anas gave a hint of what Ghanaians should expect and further advised them to tighten their belts since many of their family members and friends could be in trouble.

“Now, what has been the most challenging piece of work I have done….it’s difficult [to select] because it’s been so many. I think that by now you have seen the billboards and I’m sure but I want to preempt you before you start asking me questions,” Anas said.

“That work [which will be out next month] was challenging. In the next few weeks, it’s not going to be easy at all. Please, tighten your belts and let’s go for another.

Anas added that he is not afraid of the risk that his works come with since it is normal in every field.

“I think that journalism is like being in that hot kitchen. The dangers associated with our work are real and not just imaginations. So you ask yourself if you’re really prepared for it or not because we invite harm, death and threat upon ourselves,” he said.

According to AshesGyamera‘s sources, several politicians and others involved in the shameful deeds captured on tape, are contemplating whether to flee the country, commit suicide to avoid the public ridicule and backlash or seek spiritual interventions so that they can be spared.