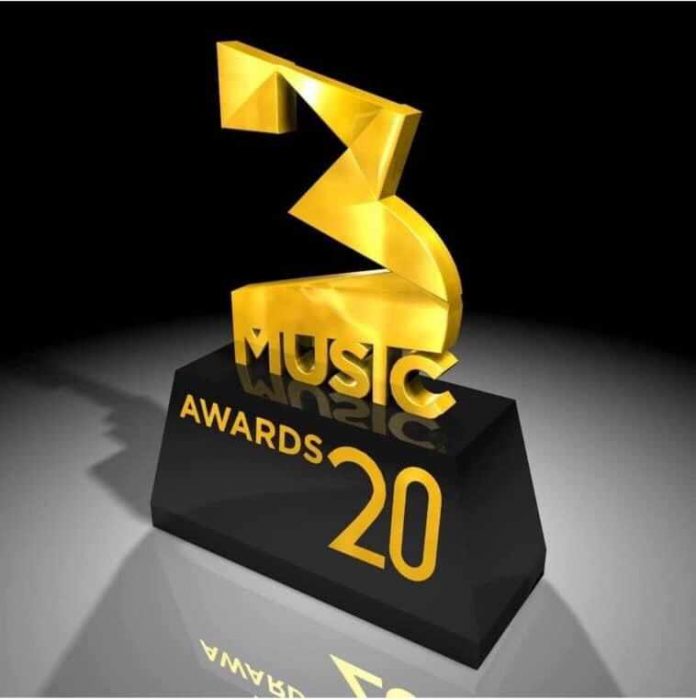 The 2020 edition of the 3Music Awards, which also marked the third edition was successfully held at the Fantasy Dome – Trade Fair Centre, Accra on Saturday.

Due to the global pandemic caused by Coronavirus disease, the event was held without audience as a result of the ban on social gathering by president of Ghana H.E Nana Akufo-Addo.

Through video conferencing by the use of Zoom, several acceptance speeches were telecasted while others were also recorded.

Sarkodie, despite being out of the country for almost two months since the country’s boarders have been closed, still grabbed several awards including Male Act of the Year, Rapper of the Year, Best Collaboration of the Year as well as his fans SarkNatives winning Fan Army of the Year.

Shatta Wale who won eleven awards last year, only went home with one award this time, while Stonebwoy snatched the Reggae/Dancehall Artist of the Year.

Fameye couldn’t win any award with his Notjing I get banger but his general performance in the year under review earned him the Breakthrough Act of the Year diadem.

➖Group of the Year – DopeNation

➖Producer of the Year – MOG Beatz

➖Fan Army of the Year – SarkNation

➖Hiphop Song of the Year – Kofi Mole (Don’t Be Late)

➖Male Act of the Year – Sarkodie

➖African Act of the Year – Teni

➖Breakthrough Act of the Year – Fameye

➖DJ of the Year – DJ Vyrusky

➖Female of the Year – Diana Hamilton

➖Album of the Year – Okyeame Kwame (Made In Ghana)

➖Music Video of the Year – Amaarae

➖Life Performer of the Year – Samini