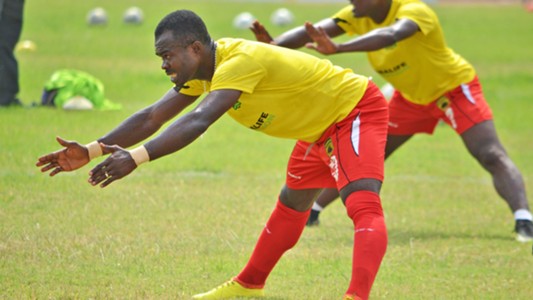 Asante Kotoko captain Amos Frimpong has promised that they will get even better in Ghana Premier League as they continue to adapt to coach Paa Kwesi Fabin’s methods and ideas.

The Porcupine Warriors have now picked two wins in a row following a 2-0 victory over Elmina Sharks, and now closing in on the league title as they currently trail leaders Medeama by only four points, after a slow start to the season.

“Before our match against Bechem United, we realised that we were not only losing grounds as far as our title aspiration was concerned, but our numerous fans were also getting impatient with our inconsistent performance in the league,” Frimpong told Graphic Sports.

“The playing body thus resolved to do everything possible to win the remaining matches, particularly in the first round, and so far it has been good after two games.

“Our match against Elmina Sharks was very difficult, but at the end, we managed to restore the smiles on the faces of our fans. The excitement they exhibited clearly speak volumes and we also felt the pressure lifted off our backs, so there is no turning back in the next 17 games,” he added.

Kotoko will travel to Carl Reindolf Park to lock horns with Liberty Professionals when the league returns on May 30.