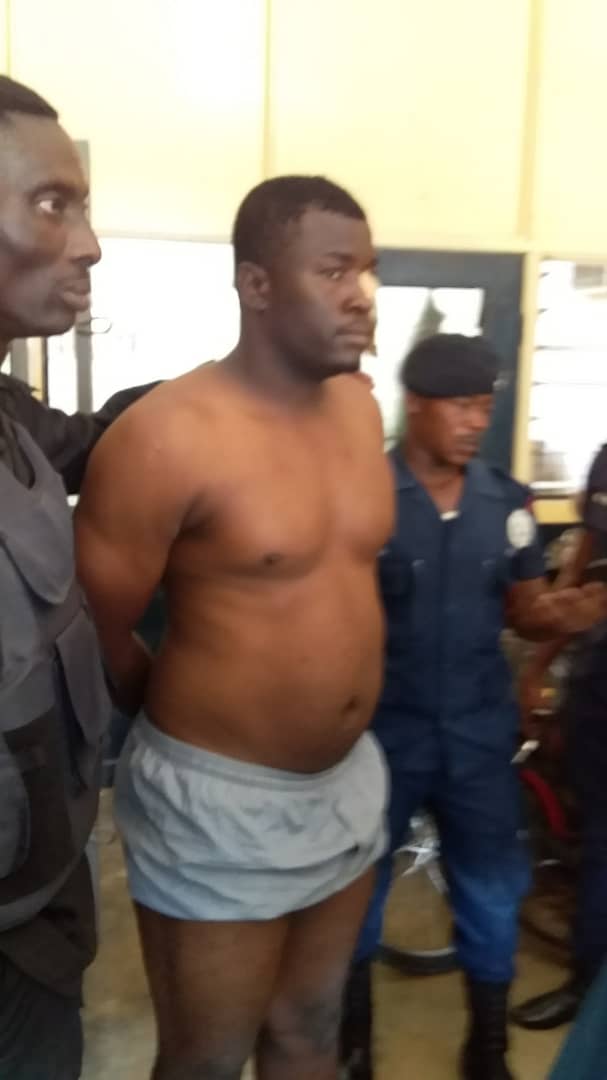 Police have arrested the key suspect in the heinous murder of two police officers with the Kasoa Divisional Command, Starrfm.com.gh can confirm.

The suspect Eric Kojo Duah was arrested onboard black Golf no. GW 5972 — 18 with a plaster on his left side of his face heading towards the Volta Region.

He was arrested upon a tipoff by a police officer on duty at Atimpoku bridge in the Eastern Region. He has since been conveyed to the Police Headquarters in Accra.

Sergeant Michael Gyamasi and Lance Corporal Awal Mohammed – attached to the Kasoa police station were killed by suspected armed robbers on Wednesday during routine checks on the Accra – Winneba highway.

Three suspects have been arrested in connection with the incident. One of the officers died on the spot after he was hit with a bullet while the other died at the Winneba government hospital, Starr News has gathered.

Kojo Duah’s comes after Vice president Dr Mahamudu Bawumia assured families of the two slain police officers at Kasoa that the perpetrators would be pursued and brought to book.

Already there are calls for stiffer punishment for persons who kill police officers on duty.

A security analyst who spoke to Starr News called for the perpetrators of such heinous crimes must be handed a death sentence.