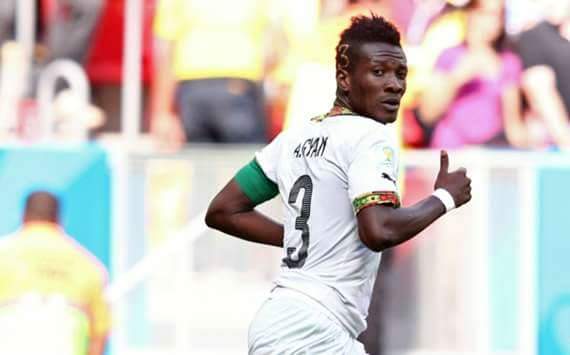 Ghana striker Asamoah Gyan has denied reports that he has been using ‘juju’ against his teammates, reiterating that he deserves to be the captain of the senior national team following recent concerns raised by a section of Ghanaians, including former teammate Prince Tagoe.

The 31-year-old, who currently plies his trade with Turkish Super Lig side Kayserispor, believes he has been dedicated to the course of Ghana since 2003 and that God repaid his efforts with the captaincy.

“I’ve done a lot for Ghana and I’m always dedicated. There is no player in the country’s history who has been more dedicated than me,” said Gyan.

“I didn’t go to any coach or football association member’s house to lobby for the captaincy. It was a gift from God for my dedication and hard work.

”A player will say he is not progressing because his teammate cast a spell or used Juju (black magic) [on him] but that player should ask himself if he has more qualities than whoever he is accusing.

”For example, if I want to do something [use black magic] on somebody then that person should be higher than me not someone who’s not at my level and currently without a club.”

He added: “When my parents were selling maize in the Kaneshie Market to support me, nobody said it was Juju. When I used to jog Dansoman to Mallam Junction to train, nobody said I used juju. Today some hater sits and concludes that I used juju to achieve things in life.”

Gyan also insisted that such claims and reports will not distract him.

”Many people think I will be distracted when they accuse me but I’m more focused. You cannot distract me and you cannot destroy the job God has given me to do and make a living from.”

Gyan, who is Ghana’s all-time topscorer with 51 goals, succeeded John Mensah as the Black Stars captain in 2012.