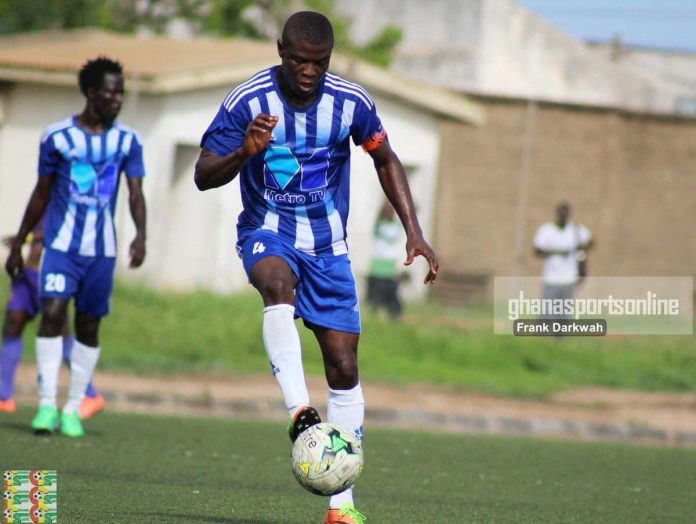 Former Great Olympics defender Dan Quaye has advised the club’s top hierarchy to drop all cases and injunction against Ghana Football Association so that the 2017-18 season can kickoff.

The Wonder Club placed an injunction on the top-flight for the second time in February, halting all plans to kick off the 2017-18 season, insisting that they have been unfairly treated after their cases against Bechem United and Elmina Sharks over an alleged unqualified players were thrown out by the football association’s judicial body.

According to the former Ghana international, Olympics who fighting to be reinstated in the top-flight after being relegated last season, are not organised since there are several infighting among the leadership.

“Great Olympics should accept to go and play in the Division One this season and reorganise themselves before they can think of coming back to the premier league,” Quaye told Aseda FM.

“Anyone who will tell me there is no confusion within the management of Great Olympics is a big liar. If they want to stay in the premier league and make a meaningful impact then they should stop the confusion and the troubles they are causing in Ghana,” he added.

The matchday one of the GPL was expected to kickoff this weekend with holders Aduana Stars opening it with a home game against Liberty Professionals on Friday in Dormaa Ahenkro but, it has been postponed until further notice since GFA will meet Olympics in Accra Appeals Court next week.