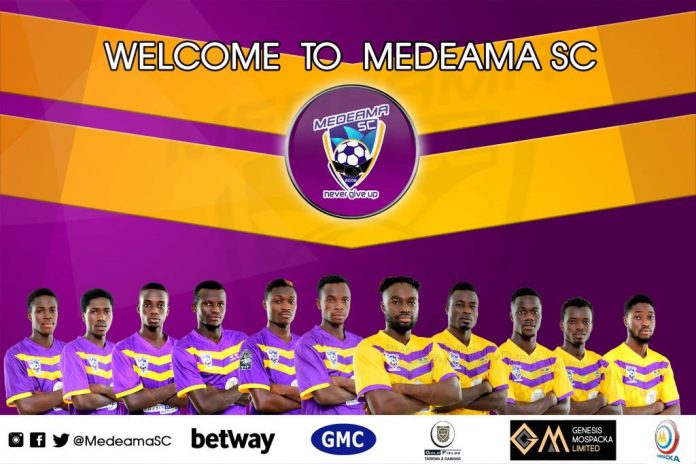 Former Ghana FA Cup champions Medeama have announced the signings of eleven new players to bolster their squad ahead of the 2017-18 Ghana Premier League campaign.

The high-profile player among the Tarkwa-based club’s arrivals is former Asante Kotoko striker Kwame Boateng who featured in the club’s preseason games during the Ghalca G8 tournament last month.

According to AshesGyamera‘s sources, they have been tasked to help the club improve their last season’s performance to at least, finish within the top four position.

The new season which was initially halted by a court injunction from Great Olympics, will kickoff on March 2 with Aduana Stars taking on Liberty Professionals in Dormaa Ahenkro in order to give the league champions ample time to prepare for the Caf Champions League fixture against Algerian side E.S Setif.