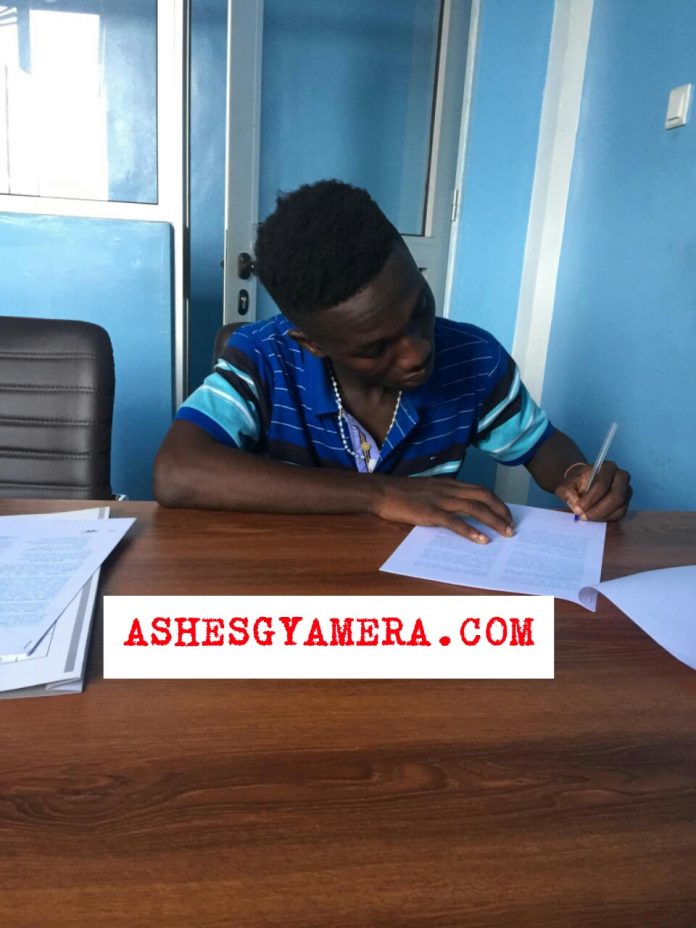 Former Aduana Stars midfielder Sampson Wirekoh Bampong has signed a season-long contract with Bechem United as a free agent after series of meetings, AshesGyamera can confirm.

The 18-year-old from Dunkwa-on-Offin, who was likened to Argentina superstar Messi, parted ways with Aduana before the end of last season following the club’s failure to allow him to join Portuguese club Sporting Braga after the Dormaa Ahenkro-based club rejected an amount offered them.

The decision got the youngster frustrated, coupled with lack of game time under coach Yussif Abubakar who replaced Cioba Aristica and he opted to leave.

“I’m happy to join Bechem and believes my career will improve here like many others who have passed through the club,” Boampong told AshesGyamera.com.

“I thank the club’s leadership and technical team for the opportunity and promises to do my best during my stay here before I leave one day,” he added.

According to AshesGyamera‘s sources, Boampong has an impending contract in Europe but initially missed it during the January transfer window due to paperwork but can leave before the upcoming season ends.

He is highly-rated to be named and play a major role in Ghana’s U20 team as they will hope to qualify the country to the Africa U20 Nations Cup as well as the Fifa Youth Championship.