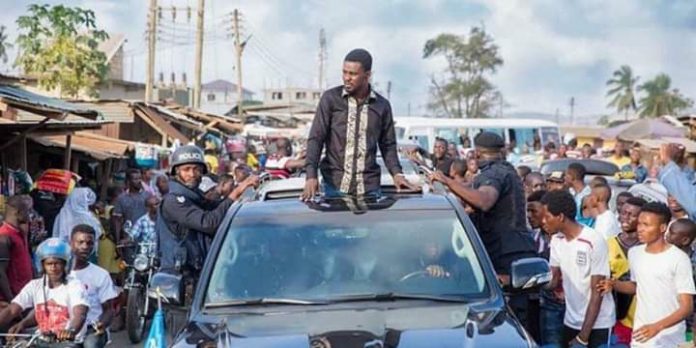 An Accra Circuit Court has issued an order for the immediate arrest of all Directors of Menzgold Ghana, according to report by MyNewsGh.

The warrant to arrest which was signed and issued to the police this afternoon in respect of four main directors of Menzgold had warrant number 01/19, 02/19,03/19 and 04/19, requiring the police to locate and arrest immediately four persons; Nana Appiah Mensah, Rose Tetteh, Benedicta Appiah, and Abigail Mensah wherever they are.

The other three whose names appeared on the registration documents of Menzgold Ghana as Directors are also relatives of Nana Appiah Mensah who is the main architect. Rose Tetteh is his wife while Benedicta Appiah is his younger sister and Abigail Mensah also a younger sister.

The court warrant documents intercepted by MyNewsGh.com stated their offense as “Defrauding by false pretence contrary to section 131 of 29/60” for which reason they were wanted.

The warrant further stated, “You are hereby ordered in the name of the President forthwith to apprehend the said Nana Appiah Mensah and produce him before court”.

MyNewsGh.com’s source inside the Ghana Immigration Service have revealed they have been ordered to be on the lookout for any of these persons at all the entry and exit points of Ghana.

While it is believed that Nana Appiah Mensah managed to escape from bail to South Africa with his wife Rose Tetteh who has now been declared wanted by virtue of she being a director of the company, the other two Directors are believed to be in Ghana and preparing to disappear too.