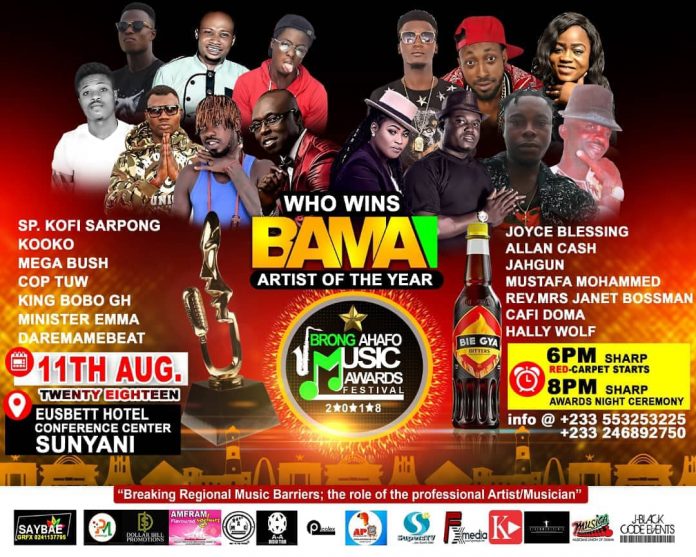 The maiden edition of the much-publicised Awards scheme in Brong Ahafo region which sought to reward musicians as well as other industry players within the region dubbed BAMA (Brong Ahafo Music Awards) couldn’t take place on Saturday at the Eusbett Conference Center in the regional capital, Sunyani following a disagreement between organisers and management of the facility.

As a new born idea in the region, the program was surprisingly greeted with huge support and anticipation from Musicians, radio personalities as well as several corporate bodies.

The organizers of the event speaking to AshesGyamera.com stated that “the show had to be cancelled as a result of a minor situation beyond their control.

“It had to do with changes in the agreement plans for booking of the venue between us and the owners of the facility.

We as the organizers had hold to a stakeholders meeting afterwards and we are looking at the way forward,” they added.

The musicians who traveled from cities and towns around the region to make ro the venue admitted their disappointmentamid the cost of transportation, rehearsals and other miscellaneous.