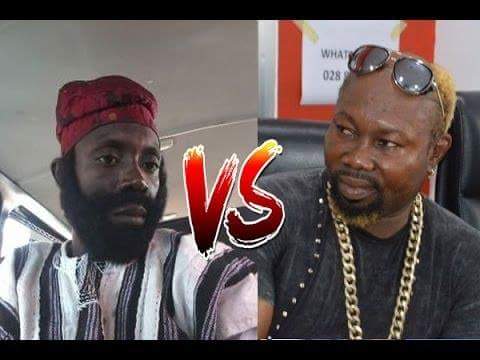 Known for his jokes, Baba Spirit many at times tease people with words but he was unlucky this time, after Ayittey Powers got angry and started throwing punches left and right like he used to do in the ring.

It had to take the host, crew members including the cameramen and directors to separate the two live on Amansan TV.

Powers before the unexpected incident said: “If I know like you people will invite this guy, like I won’t come,” but Baba Spirit replied him….”What can you do” and that responds got the boxer irked.

Powers got irked after a comment passed by the comedian and said: "If I know like you people will invite this guy, like I won't come."
Police are investigating the issue 😱 pic.twitter.com/s6wDGz5nDK

It will be recalled that Baba Spirit vowed to beat Powers like a woman in August 2017 and that might have brought up the unfortunate incident on TV.

AshesGyamera understands that, although some section of Ghanaians believe it was a prank, the Police are still investigating the issue and will come out with their findings soon.