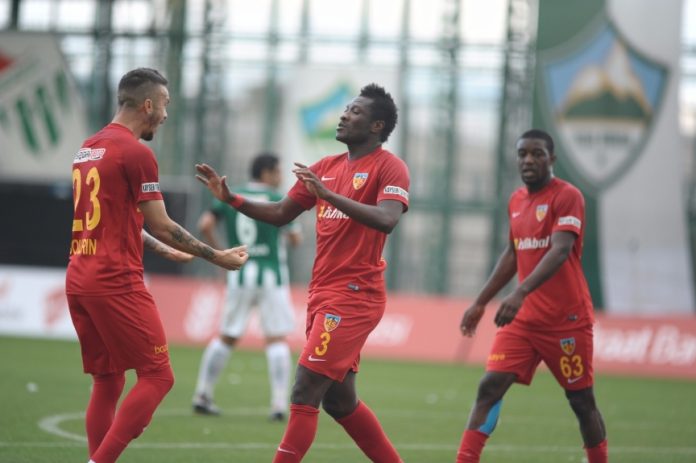 Ghana captain Asamoah Gyan was on target when Keyserispor shared the spoils 2-2 against Akhisarspor in the Turkish League Club on Wednesday.

The stalemate, however, wasn’t enough to qualify them to the next round of the competition 3-2 on aggregate following a 1-0 defeat in the first leg.

The 32-year-old was a second half substitute after he came on to replace Gonzalo Espinoza by the 63rd minute.

Soner Aydogdu got the opener for the visitors before on 25th minute before Artem Kravets levelled the scoreline eleven minutes later for Keyserispor.

However, Eray Ataseven scored again for Akhisarspor to make it 2-1 until Asamoah Gyan fetched the equaliser from the spot very late in additional time but, it was too little too late to turn the game on its head.

Gyan joined Keyserispor from Chinese side Shanghai SIPG after a loan spell at Al Ahli Dubai.