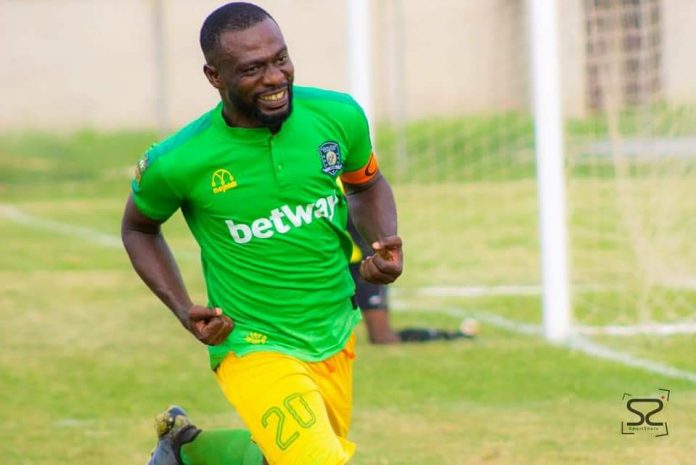 Aduana Stars captain Emmanuel Akuoko has set sights on spurring the club to the quarterfinals of the Caf Confederation Cup.

The Ghanaian champions are without a win after two games and languish at the bottom of Group A ahead of their home game against Vita Club next week at Nana Agyemang Badu Park in Dormaa Ahenkro.

However, Akuoko believes they have the potential to revive their campaign, amid an ongoing suspension of Ghana Premier League which has kept the team inactive since June.

“We are aware that our game against Vita Club will be difficult because we’ve been inactive due to the suspension of the league as a result of the investigations by Anas Aremeyaw Anas,” he told Goal .

“We had three league outstanding matches which we were supposed to play in June and that would’ve helped in improving our match fitness but we have a good squad and will not let the indefinite suspension of the matches affect us in anyway,” he said.

“Vita Club are one of the powerhouses in African football but we’ll not allow them to pick a draw or win against us. I’m very optimistic that we’ll defeat them next week and keep our aims alive.

“Aduana is last on the log but a win against Vita Club will push us to third position with four points. After this game, we will do our best in the last three fixtures to make it out of the group and at least reach the quarterfinals,” he added.