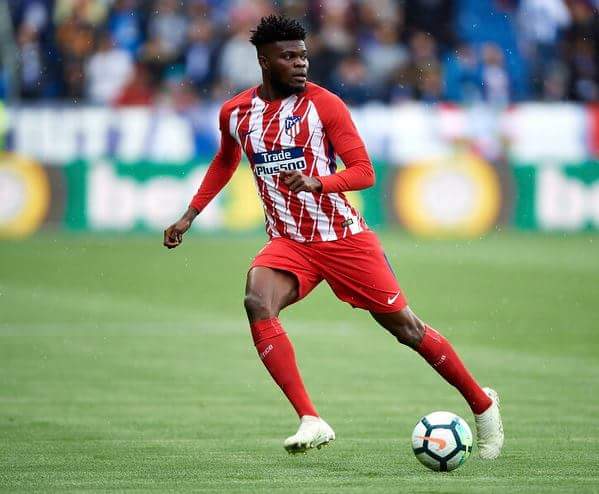 Atletico Madrid midfielder Thomas Teye Partey has been urged by former Ghana international Nii Odartey Lamptey to snub any interest from Manchester United and other Premier League clubs, in order not to repeat a mistake he once committed when at the peak of his playing career.

After an incredible seven seasons at the Wanda Metropolitano Stadium under coach Diego Simeone, a switch to Old Trafford has been in the headlines, with the 26-year-old a long-standing target for the Red Devils as well as Arsenal.

However, Lamptey, who had stints at Aston Villa at the peak of his career believes the Premier League does not suit his countryman’s style of play and would advise him not to repeat the same mistake he did.

“There are numerous offers coming for Thomas Teye Partey but his career will take a nosedive if he doesn’t choose his next move well. The country and league he will pick will determine his future,” Lamptey told Occean 1 TV.

“I will advise him to stay in Spain rather than going to England or Italy [although there are offers from Manchester United and Arsenal according to reports].

“Per style of play, he can move within Spain and join another top club rather than focusing on the financial gains to move out of the country because that can be suicidal,” he said.

“Sometimes, decision making can destroy your career. My move to England was a wrong one for me. Aston Villa was a wrong move because their style of play was not going to suit me. If I had gone to France or Spain at that time, it would have helped my career than going to England,” he added.

Partey boasts of 27 international appearances and ten goals with the Black Stars since making his bow in 2016.