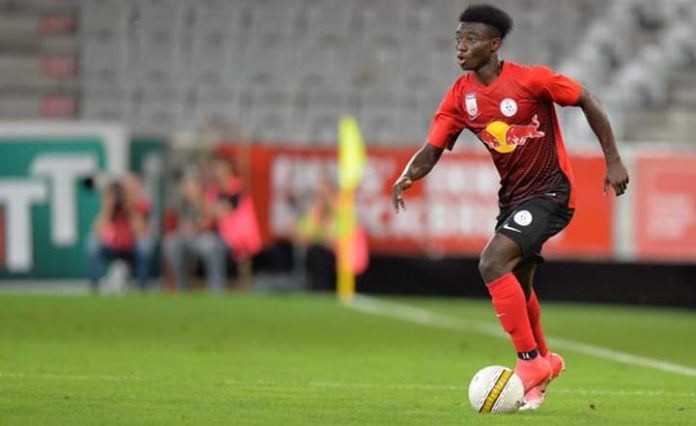 Ghana youth international Gideon Mensah has confirmed media reports that he was on the verge of joining La Liga champions Barcelona during the summer transfer window.

The 21-year-old, who is currently plying his trade in Austria with Red Bull Salzburg, caught the eye of Barcelona’s scouts and was rumoured to be one of their main targets for the junior team in Segunda division.

However, the move never materialised, as Barcelona failed to make an official bid to Red Bull on deadline day.

‘Yes, it was true but the only thing that will keep people doubting the story was that Barcelona never came to Red Bull [officially] to make a proposal,” Mensah told FMIG TV.

“But I had a call from one [agent] that they are working on this for me and that it was true and they had to make a board meeting.

“The next day, I saw news about it on the internet. A friend sent it to me from Ghana I and opened to read that I might go the Barcelona B and train with their first.” 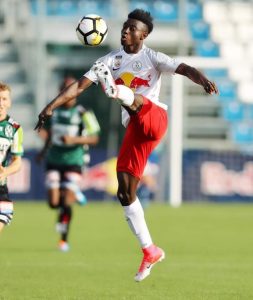 “I called this agent and asked ‘did you tell anybody about this move? He said no and later called that the story was also circulating in the Spanish press because there was one scout from Barcelona who published the news already.

”The only hitch was that [Barcelona] didn’t come to Red Bull,” he added.

Mensah, who joined Red Bull from Ghana Premier League side Wafa, is part of Ghana U23 squad (Black Meteors) that eliminated Algeria to qualify for the Africa U23 Cup of Nations holding in Egypt for a place to the 2020 Olympic Games.