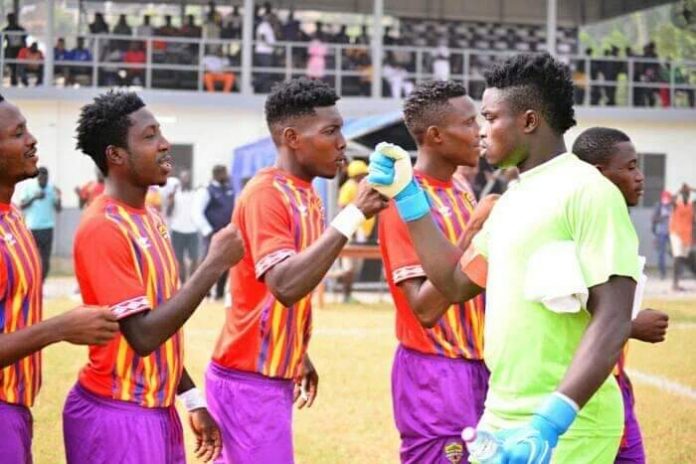 Medeama goalkeeper Eric Ofori Antwi has revealed that he will not extend his Ghana Premier League when his contract with the Tarkwa-based club run out.

The 28-year-old has become a transfer target for Hearts of Oak as well as former club Asante Kotoko following his splendid performance for the Yellow and Mauve this season.

However, he insists that he wants to seek greener pastures in Europe after almost a decade in the local terrain.
“I have decided not to play for any club in Ghana again after my time with Medeama,” Antwi told B.A TV.

“Time and tide wait for no man so I will try and travel outside to continue with my career. I believe I’ve made my mark in the local scene,” he added.

Although Antwiwas snubbed by Chana coach C.K  Akonnor in March when he announced his squad for the 2021 Africa Cup of Nations qualifiers against Sudan and Sao Tome, he insists that he is patiently eyeing a chance.

“I have more time ahead of me as a professional player and God also works with time so I am certain that with my consistent performance in the local league, I would be given the chance to join the national team soon,” he said.