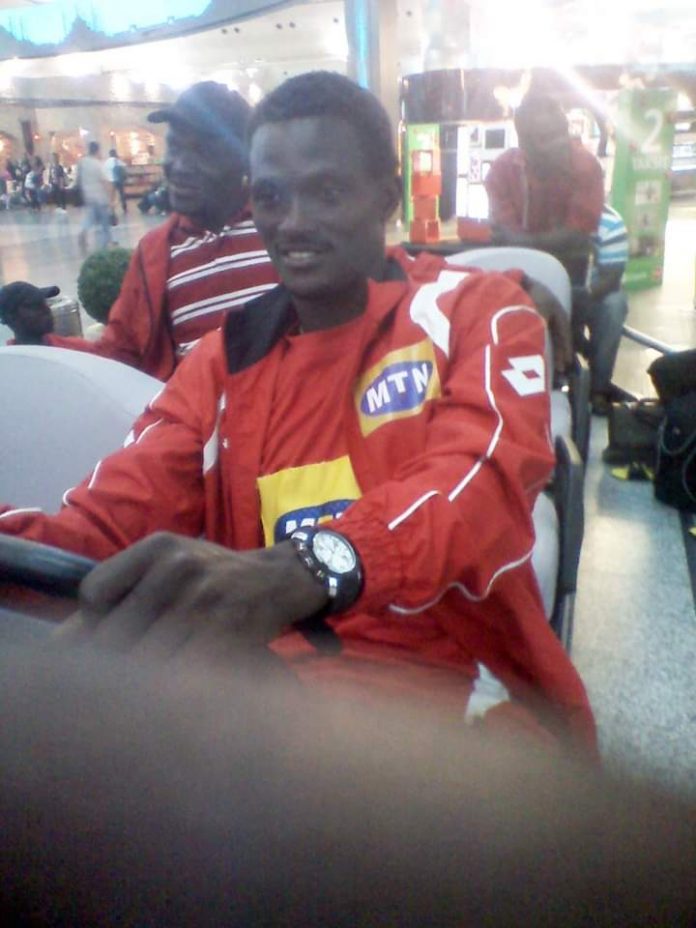 Former Asante Kotoko defender John Kufour has refuted suggestions that he planned to destroy his former girlfriend Dennisa Hagan’s life and career by intentionally biting off her nipples in January 2017.

The 33-year-old was arrested on Monday by Ghana Police Service’s officers in Ejisu and arraigned before Ejisu District Court on Friday and although he pleaded guilty of charges levelled against him, he insisted his actions were not something he planned to carry.

In effect, judge Kwaku Baah FFrempong gave Kufour a bail worth 50,000 cedis with two sureties and has ordered him to help his former girlfriend to undergo a surgery and report to the court within seven working days.

“I didn’t intentionally bite the nipples of her [Dennisa Hagan] like it has been circulating everywhere in Ghana. The issue happened in 2017 after completing my contract in Ethiopia with Dedebit FC and I’m even surprised ahead has gone back to resurrect it more than three years later,” Kufour told Oyerepa FM.

“It was a short struggle between us which her breast landed on my mouth after an attempt to push me to the ground in her kitchen.

“I am grateful to all Asante Kotoko supporters who came to the Ejisu Police station upon hearing that I’ve been arrested on Monday because of a complaint made by my former girlfriend,” he added.

According to AshesGyamera.com‘s source, Kufour could be handed a two-year jail term if he refuses to help by providing financial support to aid his former girlfriend undergo surgery when they meet in court next month.