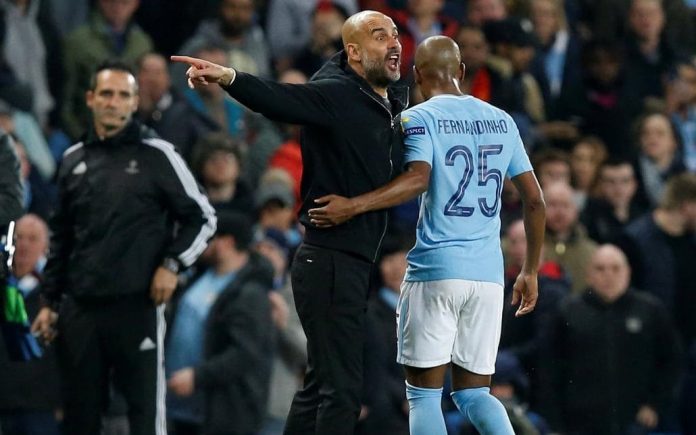 The defeat meant that City are now kicked out of the competition with a 5-1 aggregate scoreline but Guardiola believes Liverpool were aided by some key decisions by the referee.

The former Barcelona boss was sent into the stands by the referee after his protest to Leroy Sane’s goal which was ruled offside.

“I said [to Lahoz] it was goal, I didn’t insult him,” Guardiola said after the game.

“I know what happened in Monaco last season so he is a referee whenever people see the things, he will see the opposite. It’s too much to send me off because I didn’t say any wrong words.

“The first goal from Salah in the second half made us change the way we played and we were tired. But I know him (Lahoz) from Spain so I could imagine that.

“We spoke about that. We know him. The players felt it. But please, Liverpool deserved to go through,” he added.

Guardiola further insisted that Liverpool were even lucky with several decisions in the 3-0 defeat in the first leg
at Anfield.

“Big congratulations to Liverpool, hopefully they can represent England well in the semi-final. They are a top team and have a top manager (Jurgen Klopp). They deserve to be there.

“We made an outstanding 45 minutes but like last season against Monaco with Aguero, when it is a clear penalty and the same referee, in this competition the teams are so equal the impact (of decisions) is so big.”