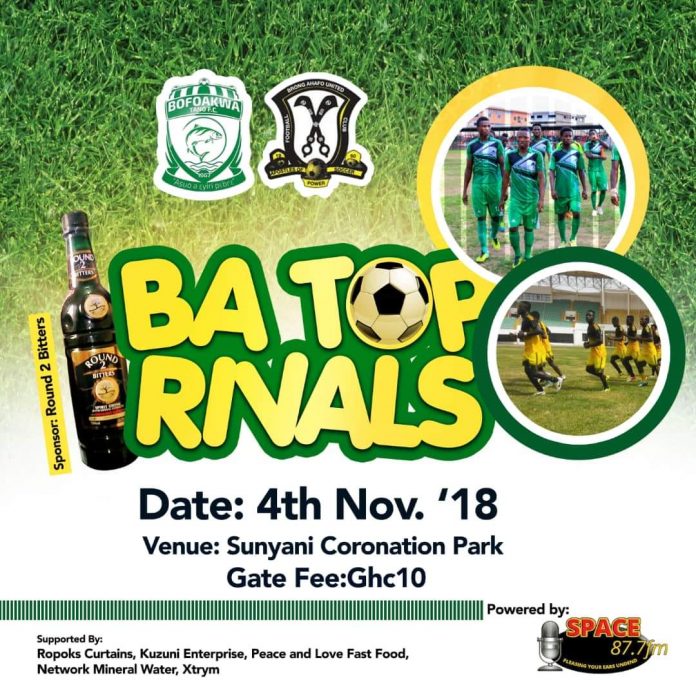 As part of efforts to promote association football in the Brong-Ahafo region, Sunyani based Space FM in collaboration with Round 2 Bitters is bringing the two most glamorous teams in the region, BA United and Tano Bofoakwa together in a friendly encounter.

The clash between the two rival clubs is set revive the competitive spirits in the teams.

The epic game is scheduled for Sunyani Coronation Park on Sunday, November 4, 2018.

General Manager of Space FM , Aboagye Boadi Yaw, told the media in Sunyani that the encounter between the two local teams would keep them busy after the Anas expose brought football activities to a halt in Ghana.

According Boadi Yaw, an exco member of the defunct GFA , Moses Parker would grace the game after which he would make special donations to both teams.

Matches between BA United and Tano Bofokwa have always tension packed and Sundays clash is expected to follow the same trend ,especially after the long break in competitive football.