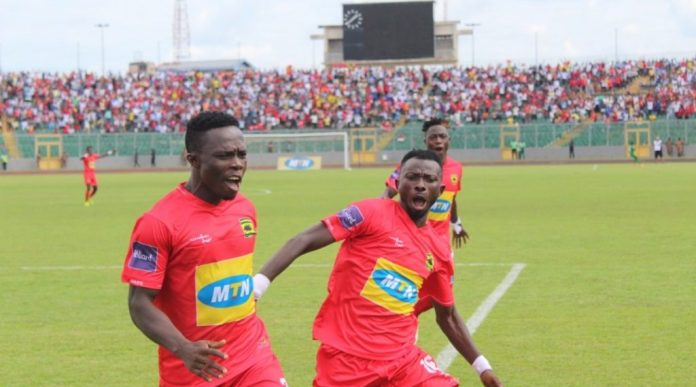 Asante Kotoko have named an 18-man squad for the return leg of Caf Confederation Cup playoff against San Pedro this weekend in Abidjan.

Following the slim advantage due to the 1-0 win in the first leg in Kumasi, the Porcupine Warriors are required to double their efforts in other to avoid another disappointment since their last away game ended in a 3-0 thrashing in the hands of Etoile du Sahel.

That defeat led to the end of their ambitions to make it to the Caf Champions League group stage.

Fans favourite striker Songne Yacouba has been handed his first away trip with the club this season after an incredible performance in the first leg, while tough-tackling defender Wahab Adams returns to the squad after missing the first leg in Kumasi.

Interestingly, Augustine Sefa has been dropped for young defender Sammy Frimpong but Augustine Okrah and Kelvin Mathew Andoh are expected to form a formidable wall in midfield together with Justice Blay.

AshesGyamera.com understands that the Kotoko contingent will depart Kotoka International airport in Accra on Friday for Abidjan.