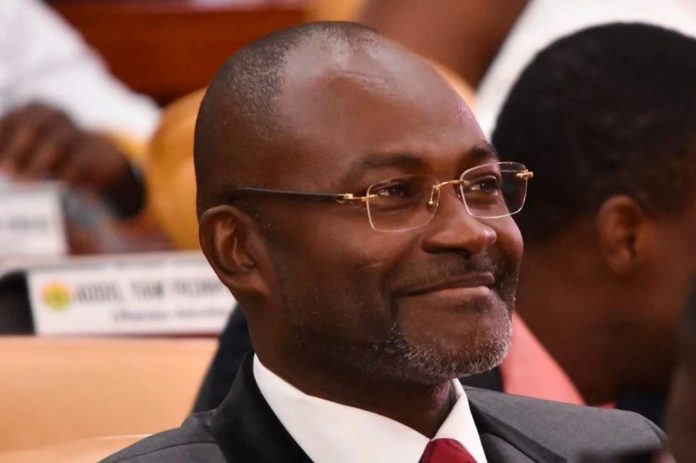 Ahead of the 2016 general elections, some armed people made their way into the room of the deceased’s house and murdered him in cold blood. Although, Daniel Aseidu, 19, has since been arrested in connection with the murder and trial is currently ongoing, Agyapong believes Anas had a hand in the unfortunate incident and wants him behind bars.

All these accusations and counter accusations are cropping up after Anas fixed June 6 as the date to premiere his latest work which is expected to uncover ‘several corrupt practices ongoing in Ghana football’, including GFA president Kwesi Nyantakyi allegedly using the name and office of Ghana’s president Nana Akufo-Addo to defraud people with the intention of helping them set up an oil business in the country.

“I learnt someone has said on your program (Focal sports) that I don’t deserve to bare the title Honourable because I accused Anas of having affairs with the late J. B Dankwa’s wife. If the journalist dares me, I will even say Anas is responsible for J.B Dankwa’s death,” Agyapong told Fox FM.

“I will cause his arrest. They should arrest him and I will ask the window that whenher husband died, how many days did it take her before relocating to Anas’ apartment? You don’t know the information I have, nobody should push me, I’m going step by step.

“I will always make sure that justice is to all and not certain individuals. So I don’t have problem with you or anyone if you have problem with me because you don’t know what I have in my possession with regards to Anas,” he added.