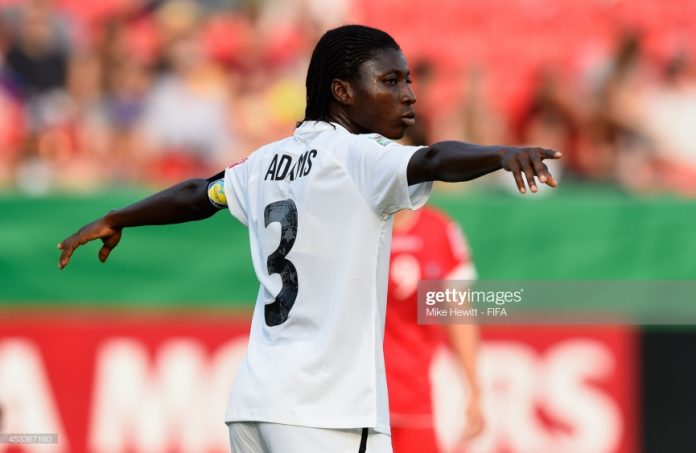 Ghana winger Grace Adams has signed a long-term contract with AC Master’s of Sports Management in an undisclosed fee ahead of the 2019-20 season, AshesGyamera.com can confirm.
The former Black Princesses skipper completed the deal with the Sports representative agency owned by Martin Tawiah on Wednesday, June 5, and they will manage and promote her football career henceforth.
AC Master’s of Sports Management is an agency engaged in the representation and integral management of sportsmen across the globe.
Adams, 24, led Ghana during 2014 FIFA U-20 Women’s World Cup held in Canada and caught the eye of many scouts through his consistent performance. She scored one goal in nine appearances in both the qualifiers and the World Cup finals.
Adams, who is currently a member of the female senior national team of Ghana and holds a bachelor’s degree in Art and Baccularrate from University of South Florida, scored three goals and assisted twice in 27 appearances during the American Athletic Conference and NCCA Tournament in 2018.