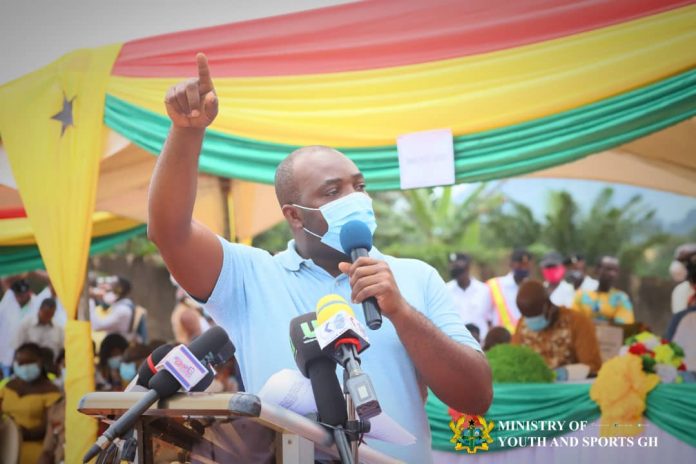 The Minister of Youth and Sports, Honourable Isaac Kwame Asiamah, led a powereddelegation to cut the sod for reconstruction work to begin at the Nkawkaw Stadium on Friday, AshesGyamera.com can confirm.

Once a leading football field venue and home ground for Division 2 side, Okwawu United, during their heyday in Ghana’s top flight, the stadium has been left in ruins for close to three decades.

The project forms part of the government’s broad programme on sports infrastructure development across the country. Already, 10 of other multi-purpose Youth and Sports Centres of Excellence across the nation are nearing completion.

The government has decided that the process should begin immediately to ensure that all similar football pitches and other notable match venues or stadia scattered across the country will be upgraded for multi-purpose use.

Meanwhile, as part of the core objectives of the Ghana National Petroleum Corporation (GNPC) Foundation towards providing sports infrastructure, the Foundation began the construction of several standard Artificial Turfs (Astro Turfs) in some regions in the country.

Currently, GNPC is constructing about twenty-one (21) artificial pitches across the country to support government’s agenda of providing quality playing arena to enhance sporting activities in Ghana.

The location for these projects are:

The pitches come with a fence, four (4) floodlights and a stand-by generator to provide light in the evenings when there is light out. This will make the facility usable at all times.

The beneficiary Zongo communities are

Already, some other constituencies across the nation are also benefitting from the 1 Constituency 1 Astro Turf project. 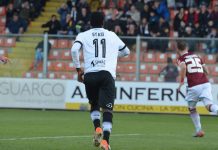